Hyperloop transportation is the concept of zipping through a near vacuum pipe while sitting in pod-like coaches, at speeds way higher than airplanes. Hyperloop One is one of the major proponents of said technology and is now striving to become the very first to make the concept functional in the real world.

With regards to the same, the transportation company has today given us a peek at images of its development site, or test track, in the middle of the Nevada desert. This gives us a brief idea about how the construction is progressing at the said test track, which will soon be employed to conduct public tests for Hyperloop One’s prototype propulsion systems. A similar test had been conducted at the said test site about a year ago but the track was non-existant back then.

Currently, the Hyperloop One team has built a high-mounted test track, which is 500-meter long and 3.3 meters in diameter. This test track has been set up in the barren deserts of Nevada, which is about a 30-minute drive away from Las Vegas. Talking about the development of this test site, Josh Giegel, President of Engineering and Co-founder of Hyperloop One said,

I am so excited to be able to share images of DevLoop and update the world on our progress. Our team of more than 150 engineers, technicians and fabricators have been transforming what was, just over five months ago, a barren stretch of desert, into a hive of activity and now home to the world’s first full-scale Hyperloop test site. 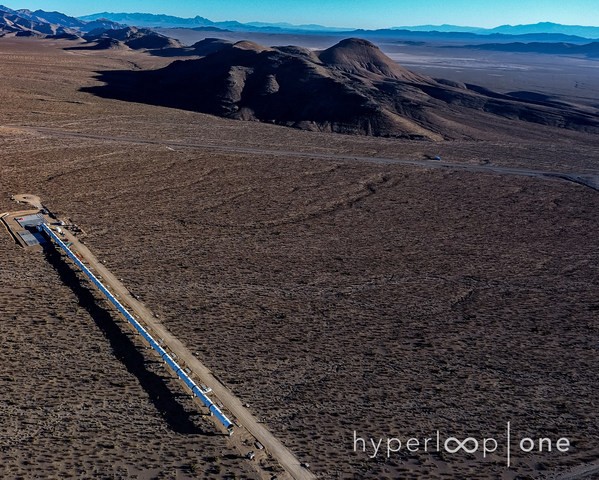 In addition, to help us better understand and witness the entire length, Hyperloop One has shared a bird’s-eye view of the test track as well. Since the company has currently set up operations to test their magnetic levitation and pod systems, it seems the length of the track has been kept at the bare minimum required. But, if the public trails, which are scheduled to happen in the first half of 2017, are successful then Hyperloop One might soon build the entire length of their track to start operations in the coming years.

Hyperloop One might be conducting its trials in the United States but it is currently courting locations to set up its operations across the globe. It has already initiated talks with both the UAE (Dubai) and Indian government to start building its tracks and help reduce traffic congestion and support urbanization.

The company also visited India just last week to talk about their vision for the propagation of the technology in the country. If the said futuristic transportation tech comes to India, then we would be able to travel from Mumbai to Bengaluru in 60 minutes tops. Now, it is looking for government co-operation and industry partners to bring their operations to the country. And from what it seems, they are keen on making India as one of their first few Hyperloop routes. 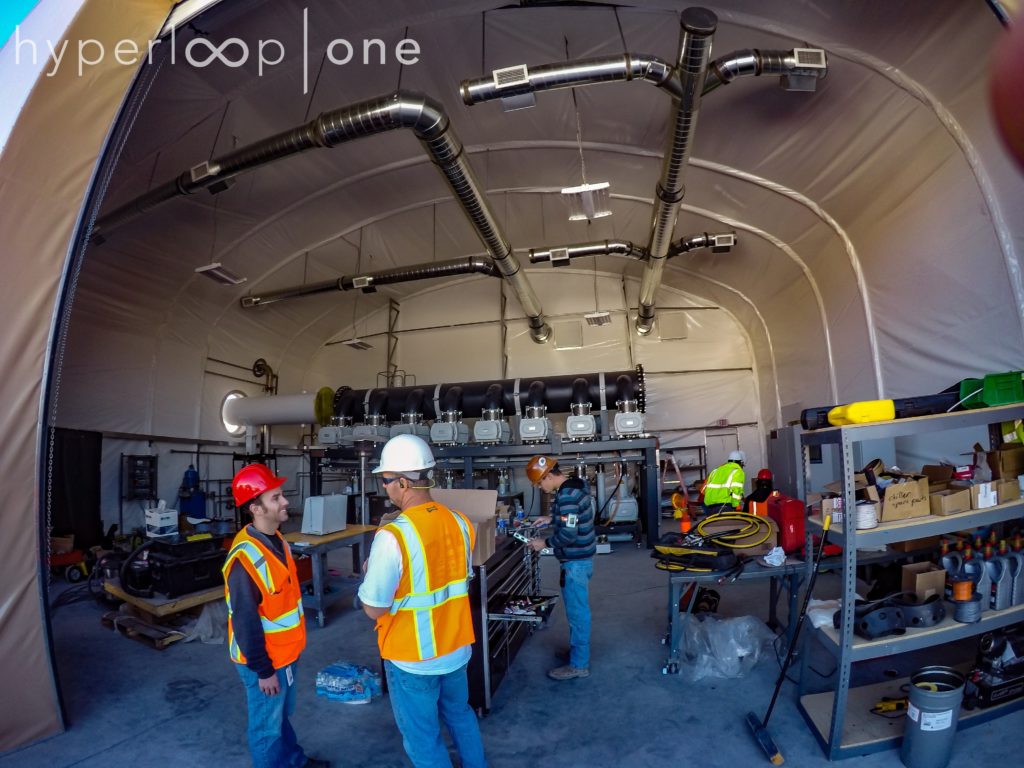 The Indian startup sector has been tremendous successes this year, producing unicorns…