In the year 2013, Google had introduced a new kind of tech which could be plugged into the back of a television set via an HDMI port, and it mirrored, or ‘casted’ content from the Chromecast mobile app to TV screens.

It has been almost 2 years now and Google has finally decided to give the rather unnoticed but huge-selling device, a hardware boost. At the Nexus launch event today, the web giant also unveiled two new Chromecast devices that will make streaming a much better experience for you.

The two devices launched today are: a second-generation stick for streaming video (an upgrade to the older hardware) and a Chromecast Audio dongle that adds wireless music-streaming capabilities to any speaker with a 3.5mm auxiliary jack.

Let’s start with the video dongle. The new Chromecast video streaming stick is a significant upgrade from its predecessor. While it costs $35, just like the original one, this new device is, in many ways, a lot better than the older one.

First things first, the device has a new look, both in terms of aesthetics and functionality. It is now round, shaped like a disc rather than a stick. An HDMI arm protrudes from this disc. The device has been designed to hang a bit away from the TV set and reduce interference due to other connected devices for better streaming. It will come in 3 colours: lemon yellow and bright red in addition to black.

Google has also introduced a Netflix-type prefetch video service dubbed “Fast Play” which will download video content it thinks will be appealing to you. 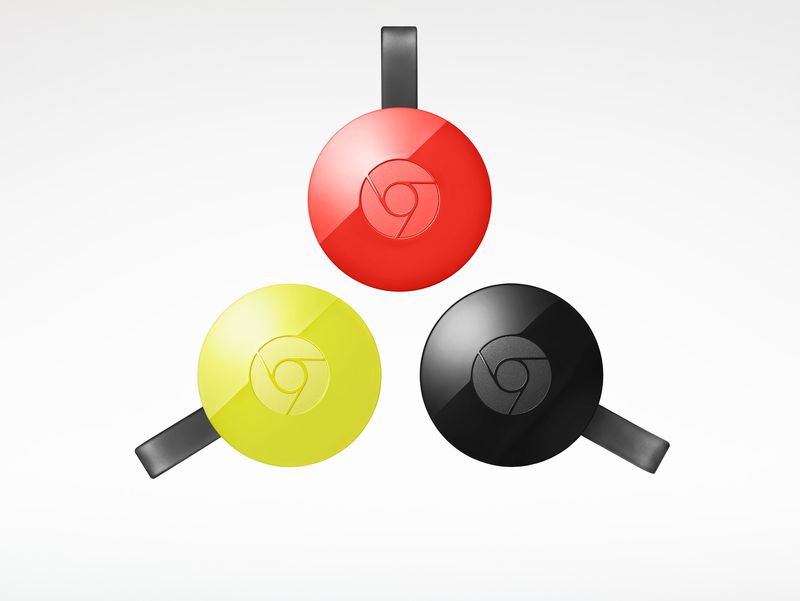 The Chromecast app has also been given a makeover and Google has proudly announced that there are now thousands of apps that support Chromecast. This number was a mere handful when the service was first launched. The apps include Netflix, Sling TV, Discovery, Google Photos and DirecTV NFL Sunday Ticket.

One thing to note is that Chromecast still doesn’t support 4K.

For $35, you can also reinvent your old-school speaker by using Google’s newest Chromecast audio device. The device looks almost identical to the standard Chromecast dongle, the only difference is that instead of an HDMI male, you get a 3.5mm audio pin at its end. Using this module, you can turn your dumb old speakers into Wi-Fi connected hardware that are capable of streaming music cast by any app on the Play Store that supports Chromecast.

On Wednesday, Netflix held a special e-presser and announced the menu of…