Google Research has today announced Google Handwriting Input, a new tool for all smartphone users with Android 4.0.3 as their OS, to write text and emojis by using their handwriting. And guess what ! Google has already launched support for 82 languages !

However, whats fun is that you can also type in emojis using Google’s new handwriting tool. And believe it or not, it is exactly as accurate as Google claims it to be, filling in almost any emoji which I drew in the most pathetic handwritings of all times ! You simply need to press and hold the ‘enter’ button to switch modes. 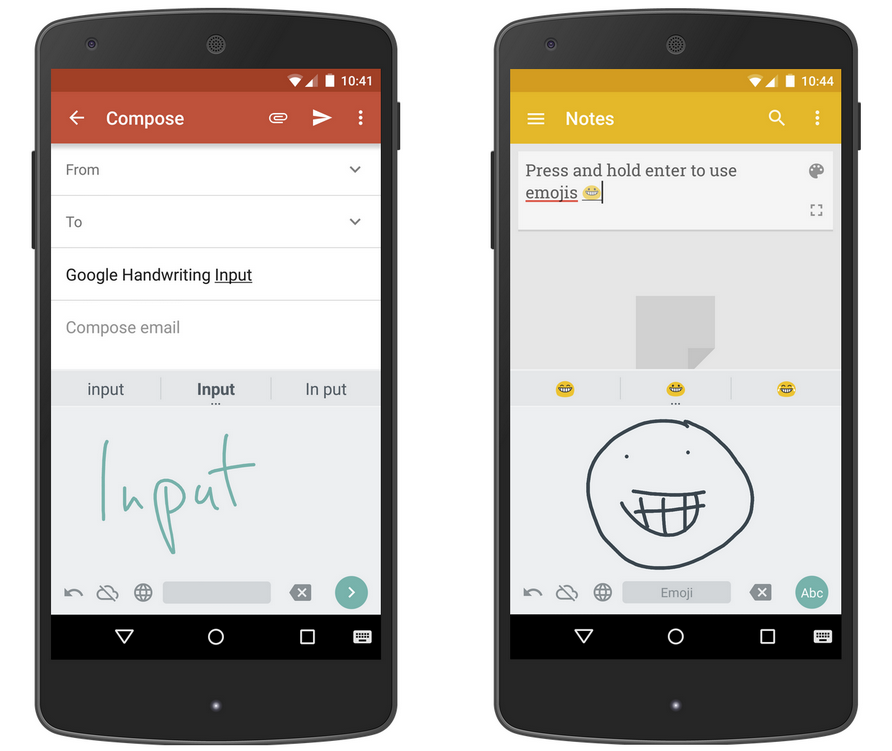 By building on large-scale language modeling, robust multi-language OCR, and incorporating large-scale neural-networks and approximate nearest neighbour search for character classification, Google Handwriting Input supports languages that can be challenging to type on a virtual keyboard.

Take the Chinese language for an example. Ideographic languages (such as Chinese) are often based on a particular dialect of the language, but if a user does not know that dialect, they may be hard to use.

Additionally, keyboards for complex script languages (like many South Asian languages) are less standardized and may be unfamiliar. Even for languages where virtual keyboards are more widely used (like English or Spanish), some users find that handwriting is more intuitive, faster, and generally more comfortable.

Google says that its new Handwriting tool is a result of many years of research at Google.

You can install Google Handwriting Input from the Play Store here.
0
0
0