Samsung Unpacked August 2021: Everything you need to know about the Samsung Galaxy Z Fold 3 and the Galaxy Z Flip 3

It’s time to unpack some of the most anticipated hardware launches of the year. Samsung, continuing the tradition of August launches, held its Unpacked event today, albeit online. However, that does not lessen the anticipation of fans, and Samsung delivered on that promise with its latest additions to its product portfolio in the forms of the Samsung Galaxy Z Fold 3 and the Galaxy Z Flip 3.

We come to the Samsung Galaxy Z Fold 3 first. While specification sheets on both devices had been leaked on Twitter earlier, the devices lived up to the anticipation. The third of its generation, Galaxy Z Fold comes with a 7.6-inch foldable full-HD+ (1,080×2,640 pixels) AMOLED display (which can include HDR10+ support and up to 120Hz refresh rate) with a Gorilla Glass Victus protection on top, when it is unfolded. When folded, it has a 6.2-inch cover AMOLED display with 832×2, 268 pixels resolution, which has HDR10+ support and up to 120Hz refresh rate as well. 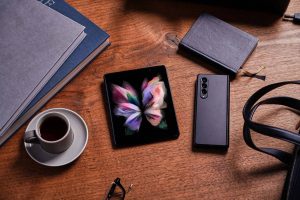 Priced at $1800 and powered by the Qualcomm Snapdragon 888 SoC, it also works with an S Pen stylus (not just any stylus, a Fold edition of the S-Pen has been created!) and is said to be waterproof. If this is not impressive enough, its wide variety of connectivity options include Wi-Fi 6, Bluetooth v5.2, NFC, Ultra-Wideband (UWB), and a USB Type-C port. Coming with 12GB RAM and 256 GB or 512 GB of storage, it also has wireless and reverse charging support and a 4,400 mAh battery that supports 25W charging. The device also has protection with Samsung’s new proprietary Armor Aluminium.

As for its cameras, it seems the long-rumored under-display camera technology is finally here. However, this is a feature that is limited to the Galaxy Z Fold 3 only. The technology has been described by Samsung as “the minimum pixels applied on top of the camera hole, Z Fold 3 features an increased viewable area so users get an unbroken canvas for their favorite apps.” Not only does the foldable have a triple rear camera setup that includes a 12-megapixel primary sensor (having a field-of-view (FOV) of 83-degree), a 12-megapixel secondary sensor carrying a telephoto lens (coming with a FOV of 45-degree), and a 12-megapixel ultra-wide shooter (coming with a FOV of 123-degree), but its under-display camera is a 4-megapixel sensor along with an f/1.8 lens. It also has a 10-mp selfie camera with an f/2.2 lens. This device can be preordered, and shipping starts on August 26.

Let us now “unpack” the other device. Compared to the Galaxy Z Fold 3, the Galaxy Z Flip 3 might seem modest, but don’t let it fool you. Like the Galaxy Z Fold 3, it is set to be powered by the Qualcomm Snapdragon 888 SoC. Both phones share similar features such as sporting stereo speakers, protection by a Gorilla Glass Victus, having dedicated eSIM card support, and a side-mounted fingerprint sensor. 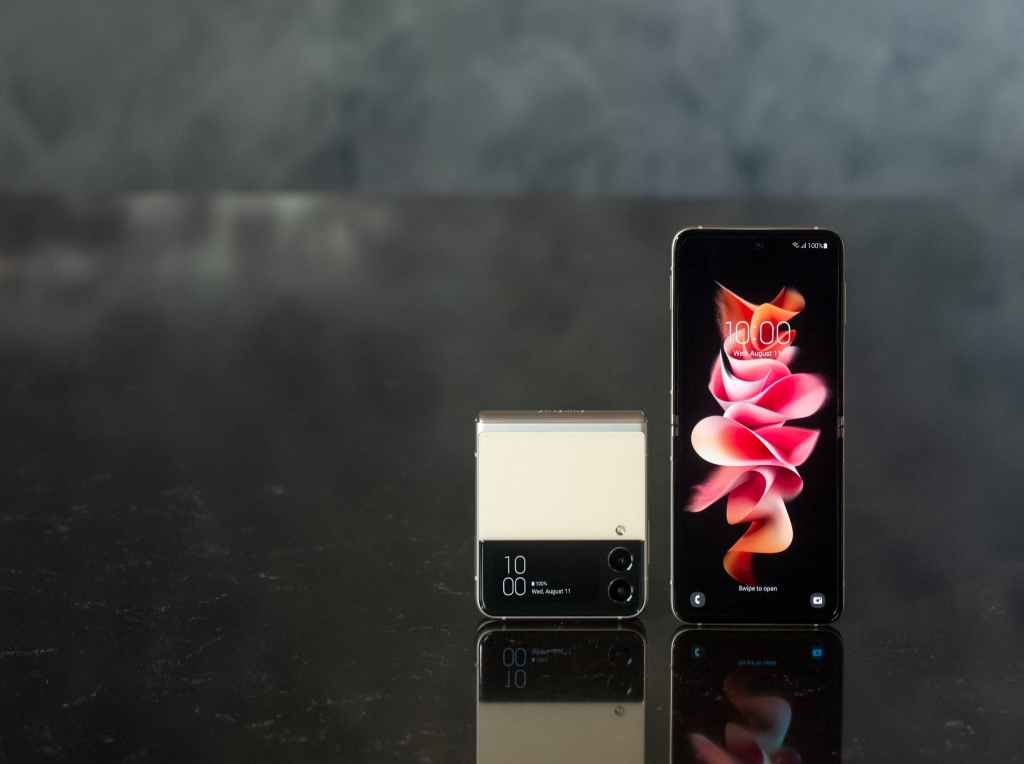 Coming with new colors (Cream, Green, Lavender, and Black), an upgraded dual rear camera set-up alongside an improved exterior display, the device sports a 6.7-inch foldable AMOLED primary full-HD+ (1,080×2,640 pixels) display that offers a 120Hz refresh rate. When the device is folded, you get a 1.9-inch AMOLED screen that delivers 512 x 260 pixels resolution. Its connectivity options are the same as the Galaxy Z Fold 3, excluding UWB. It comes at a price of $999.9 and comes with Armor Aluminum for the body, just like the Galaxy Z Fold 3.

Powered by a 3, 300 mAh battery that supports 25W charging and comes with wireless and reverse charging support, the device comes with 8GB RAM and 256GB UFS 3.1 storage. Like the Galaxy Z Fold 3, you can preorder your very own Galaxy Z Flip 3 now, and shipping starts from August 26.