Recently, quite a few android users have started getting the annoying “App has stopped working” pop-up on several apps. Reportedly, the app crashes have been happening randomly and for no apparent reason. Apps which have reported to have randomly crashed include Gmail, Amazon, and Play Store amongst others. These apps are not connected to each other in any way, and hence the crashes are causing a lot of confusion amongst users.

The users of Samsung mobiles have reported this failure the most, but other users of smartphones made by Huawei, Google Pixel, and Motorola have also been facing such issues. Owing to the large number of complaints on numerous websites including Reddit and Downdetector, Google could not turn a blind eye to the problem. After observing and researching the issue, the search giant has made a statement acknowledging the problem and has promised to resolve it soon.

According to the company, the underlying issue is the latest update of its Android System WebView app. This is a Chrome-powered feature that allows users to view webpages in Android apps.

Here is what Google had to say about the issue, “We’re aware of a problem with Gmail affecting a significant subset of users. The affected users are unable to access Gmail. We will provide an update, detailing when we expect to resolve the problem. Affected users can use the desktop Gmail Web interface instead of the Gmail Android app.”

What you can do:

While Google has suggested affected users to use the web variant software of the crashing apps until they resolve the issue, there is a quick fix that can be taken on most android devices to continue using apps without disturbance. This involves deleting all updates to the app, which is the source of these crashes. This can be done by going to your mobile settings, finding, and opening the WebView app amongst the complete app list, and then selecting the “Uninstall Updates” option. 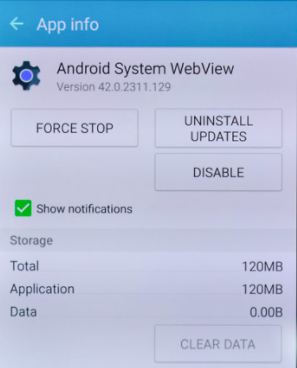 In a relief to Vodafone Idea, the telecom operator that has fallen…

Twitter Blue, which went through a phase of utter confusion during the…

The funding winter, which has been specially severe for India’s high profile…