Millennials are Driving Tech Developments, and Here’s How

Each generation comes vested with a different set of expectations than the one before it – and nowhere has this been more the case than with Generation Y, those folks who came of age in 2001, at about the same time as the Internet took off.

Just as the sixties became defined by its pop culture, so this group, the millennials, can be described in terms of the technological and cultural imperatives arising from the Internet age. Here we examine 3 distinct tech sectors where millennials have made their impact felt – as both market and makers.

Smarter ways to get fit 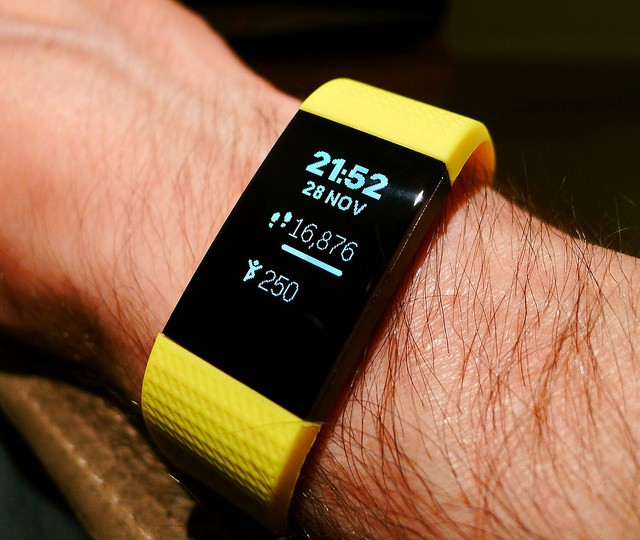 A smartphone in your pocket, and some kind of fitness tracker on your wrist. Every journey is a tale told as personal challenge, just walking to the bus stop is another badge along the way to some ultimate fitness goal. There’s been an explosion in wearable fitness tech over the last five years as sensor technology and processing reached heights of accuracy previously unknown. Last year, some 19.7 million units were sold worldwide, and millennials, moving through life into their mid-thirties, are an important target market.

Those long days and longer nights catch up with you eventually, and the thirties are often when those years of bad habits begin to show. Little wonder then that so many millennials saw in the New Year with some notional vow to exercise more.

Fitness trackers such as Fitbit cater well to the millennial desire to track progress, to slice the actions of life into measurable increments on a chart or scale. And they must be doing a good job of satisfying these desires, because the sale of wearables surged by 67.2 percent in 2016, and the signs seem just as promising for this year’s market growth.

Millennials have shaped this tech sector just as much as they are part of it. Brought up with a general education that for the first time encompassed information technology, computing, spreadsheets and word processors, this is a generation reared on laptops and smartphones, tablets and Wi-Fi. All that relentless tech exposure forges an instinct for the metrics of a lifestyle boiled down to rows of figures, and brings innovative ways to manage the input/output equation that governs a human life in all its gaudy glory.

Old games on your new phone

The digital gaming industry had a distinctly good year in 2016, generating global revenues of $99.6 billion. Thanks to chart-storming hits such as Pokémon Go and Clash Royale, around $41 billion of that sum came from the rapidly-expanding mobile games sector.

In keeping with the ironical trend so fondly embraced by Generation Y, game titles and designs often draw inspiration from trending games and popular movies to deliver the kind of immediate sugar hit that modern gamers expect from their entertainment. And more traditional gaming industries are getting in on the act too, by supplementing bricks-and-mortar with browser games and mobile apps that cater to the pick-up-and-play mentality so prevalent amongst modern gamers. Even classic games like chess are being dusted down and re-envisioned for a tech-savvy generation.

Chess Free for Android keeps the user experience rooted in the board game of the past, with a tasteful palette of muted wood colours and nice clear graphics, but other variants go wild with user chat rooms and competitive league tables. The simple game of chess is less simple now, having made the jump online and often comes liberally garnished with the millennial love for retro-kitsch.

A quick browse through the many slot games online, shows the breadth of game variants available for anyone considering a quick spin on the virtual slots – and reveals some very contemporary takes on old casino favourites. Live Immersive Roulette for instance, offers spins on a live roulette table via a video link to a real croupier, an interactive feature that only became practical with the advent of ubiquitous Internet connectivity.

It may seem like a long way from the betting shop at the end of the road, but iGaming is big business. Bright sprites and cartoon graphics reel gamers in, and the demographic is on the move, with over 58 percent of online casino slot players aged 18-35. Game designers are more often than not millennials themselves- and well know how integral the handheld device has become, woven into the very weft of our lives.

IoT in the House

In the same way that cars used to be mere objects of mechanical precision, white goods (freezers, cookers etc.) were once just bulky objects that sat in your kitchen looking heavy. Now, these too are being folded into the matrix event which is the Internet of Things. Or IoT, for short. As soon as mobile phones and game controllers could double as TV remote controls, putting sensors on everything was the obvious and home-encompassing next step. Make calls, check your emails and top up the fridge while you’re at it; at least, that’s the idea. Smart appliances that talk to each other on a local network and update to the cloud, and a central hub or app to control and regulate the whole set-up, all at the click of a mouse, mumbled order or insouciant swipe of a finger.

It’s the Star Trek factor, whereby new tech developers go where science fiction has been before, a generation of unabashed tech nerds riffing off their geekdom. If I can switch off the TV with my phone, then why not operate the cooker, the microwave, the lights, the everything..? It’s a compelling idea, useful to all sorts of people and the ultimate in convenience for busy millennials: a home that does what you tell it to do and organizes new deliveries of supplies on cue. Except of course, sometimes it doesn’t quite work out that way.

When Amazon first trialed the hands-free home control system Echo, complete with Alexa, a voice-activated AI assistant, there were a few niggles at first. These led to amusing press accounts of truckloads of toilet roll turning up on family doorsteps and so forth. Essentially, though, proof of concept was defiantly established: the Internet of Things had arrived to consumers’ doorsteps. IoT brings the prospect of a future home tailored to the individual needs of the home dweller – no matter how medically complex those requirements might be.

A complete system is yet to exist that pulls all the various strings of the Internet of Things together, but with Nokia recently earmarking a cool $350 million for the emerging IoT sector, tech companies of all sizes are taking part in the race to create the first fully integrated home. We’re still a few decades away from the Internet of Everything, presumably a minimalist white space where everything can be operated by thought waves, but it’s harder now to scoff at the idea.

Forward to the Z Generation?

When millennials make something they would want to have in their own lives, the results can be fairly spectacular. The overlap between maker and made, customer and product is pronounced and often innovative. As for where the next generation will lead us, those we might as well start calling Generation Z, we shall soon see. They’re hitting a workplace near you… Right about now.