Fintech space saw unhindered growth during the past two pandemic years. And despite economic slowdown, current trends show a rather sunny future for the fintech space, something that can be witnessed in Paytm’s performance in the quarter ended March 2022. According to its parent company One97 Communications, the fintech upstart ended the fiscal year with strong growth across businesses and reductions in EBITDA losses.

Speaking numbers, we find that Paytm ended Q4 FY22 with ₹1541 crores in revenue from operations, which is a year-over-year growth of 89%, while its average monthly transacting users (MTUs) grew by 41% year-over-year to reach nearly 71 million. For the year ending March 2022, the same grew to ₹4974 crores and 60.8 million respectively.

According to the company, the increase in merchant payments processed through MDR-bearing instruments (Paytm Wallet, Paytm bank account, cards, and others) and disbursements of loans through partners on the platform were the main drivers behind the growth in its revenue.

Additionally, its merchant base grew to 26.7 million merchants and its loss increased from ₹441.8 crores in the same quarter last year to ₹761.4 crores in Q4 FY 2022. 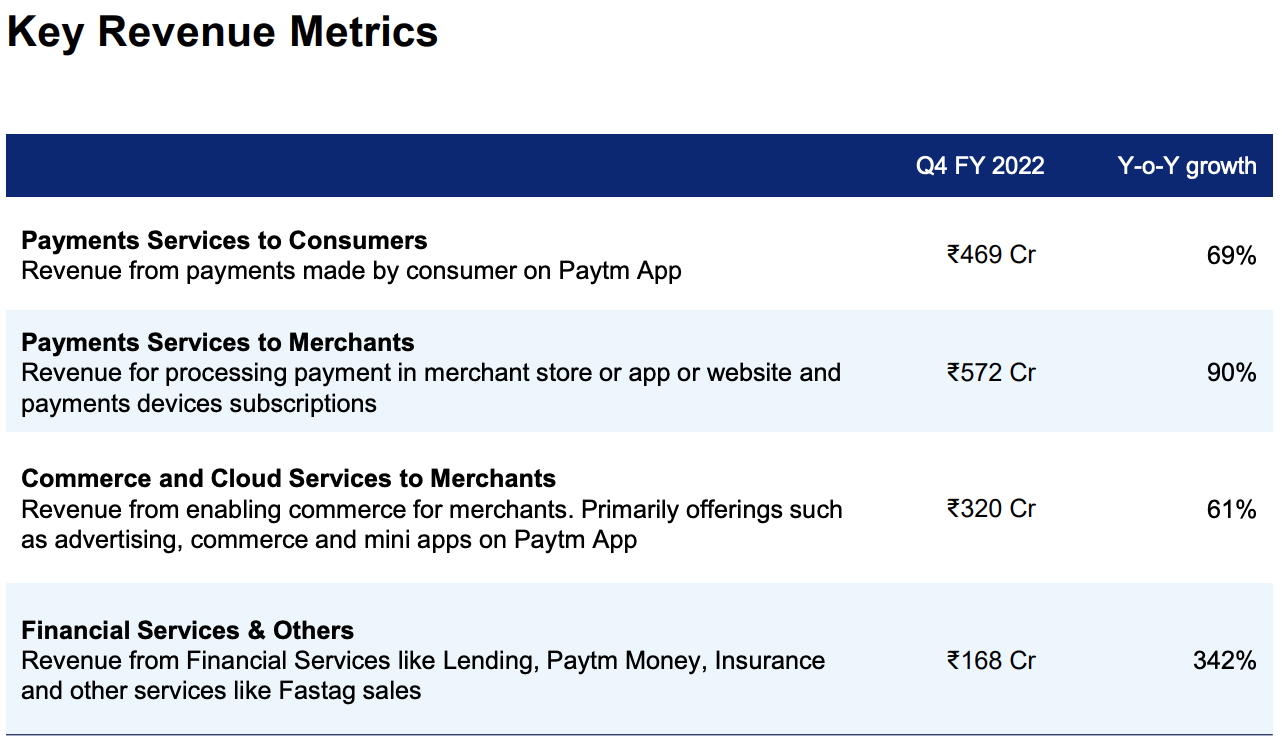 The company believes that it is on the way to achieving EBITDA profitability before ESOP cost by September 2023, driven by a continued rise in revenue and moderation in costs. The same for Q4 FY 2022 came at (₹368) crores and FY22 came at (₹1518) crores. “This will be driven by continued revenue growth, along with moderation in costs as operating leverage kicks in,” it said in a regulatory filing.