Apple has been boasting about its in house silicone chipsets for a couple of years now, and for good reason. The company’s chips have provided a major bump in power for all of its devices, and the 5nm process has pushed the industry to push forward and come up with the next generation of chipsets. However, Apple is far from content, and today, it has launched two new chips-M1 Pro and M1 Max, offering the most powerful performance on an Apple device till date. 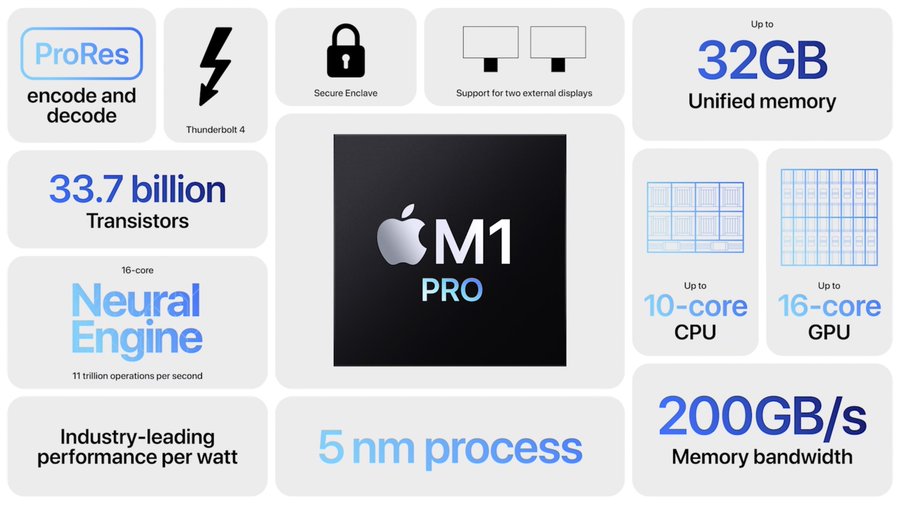 The M1 Pro comes with 33.7 billion transistors, followed by the M1 Max, which has 57 billion transistors. M1 Pro has a 16 core neural engine, up to 10 core CPU and 16 core GPU. With this, it promises up to 32GB of unified memory. The M1 Max, has the same number of neural engine and CPU cores, while doubling the GPU cores to 32 cores. It also offers 64GB of unified memory. 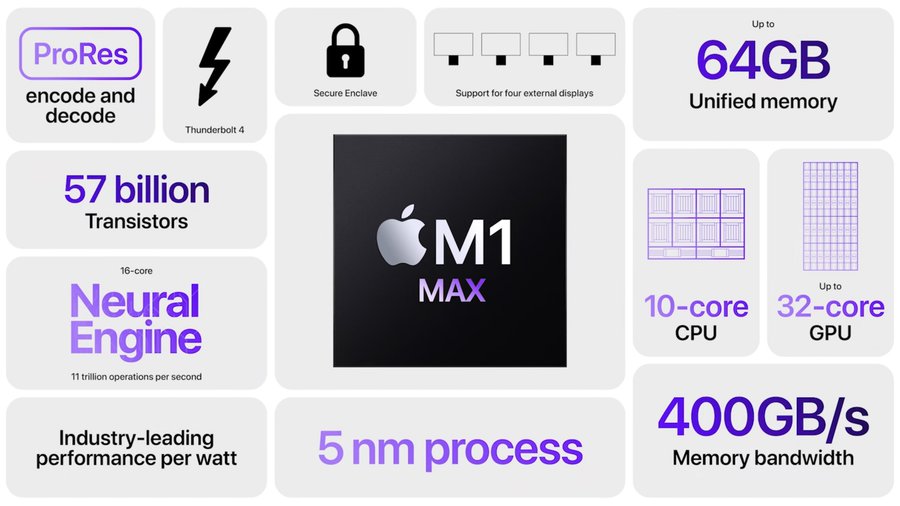 Both of these support thunderbolt 4 and secure enclave.

So, what does all of this mean in real life. Well, both of these chips are certainly more powerful. In fact, they are also more powerful than a ‘discrete GPU on a powerful PC laptop’. As vague as that sentence is, Apple seems pretty confident with the power to performance ratio of these new chipsets, and while they may not be the most powerful chipsets on the market, Apple lovers as well as developers will definitely love it.

The company says that M1 Pro is 70% more powerful than last year’s M1. However, as opposed to being the successor to the M1, M1 Pro is essentially a more powerful version of the existing chip. M1 Max, on the other hand, will be Apple’s premium chipset.