Take a dive into the world of Vikings with the new Assassin’s Creed: Valhalla

The franchise that started with Altair, Ubisoft’s Assassin’s Creed has come a long way over the years. From the Crusades to the French revolution to Ancient Rome, the series has always been a huge hit amongst history nerds, and now, it is back with another banger. Ubisoft is launching its latest title in the series, Assassin’s Creed: Valhalla, to give players an immersive experience about another very important chapter in world history: The Viking Age. 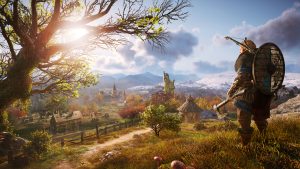 The name itself, “Assassin’s Creed: Valhalla” echoes of an experience filled with Norse mythology, and talks about ‘Valhalla,’ a mythical place where all who died in ‘worthy’ ways (i.e., in the battleground) go to, a heaven for the vikings, if you will. And that is exactly what Ubisoft aims to give you with this game, a heaven, if you are a Vikings fan.

The game puts you in the shoes of Eivor (a character who can be a male or a female, depending upon your choice), who leads a clan of Norsemen across the icy North Sea to the rich lands of England’s broken kingdoms. Their mission: establish a new permanent home, no matter the cost. Players will be able to carve their own path, based upon their own decisions, which means that this is your chance to be the Viking you always wanted to be. 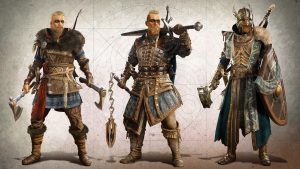 “Explore a mysterious and beautiful open world set against the brutal backdrop of England’s Dark Ages. Raid your enemies, grow your settlement, and build your political power in the quest to earn a place among the gods in Valhalla.

Wars will rage. Kingdoms will fall. This is the age of the Vikings,” Ubisoft describes.

The game takes a different route from all the other titles in the franchise, which have been about taking out opponents in a discreet fashion, using your hidden blade-the mark of an assassin. However, if you know anything about the Vikings, they were anything but discreet. Thus, with Assassin’s Creed Valhalla, Ubisoft has reimagined the combat system, opting for a more brutal, visceral fighting style that is an ode to the strong, fearsome warriors that the vikings were. 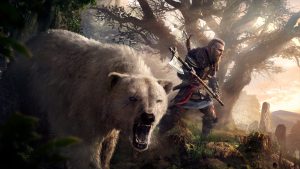 The game also adapts the idea of raiding (which I fell in love with when I saw the ‘Vikings’ T.V. show on Netflix), and allows you to command your own fleet of warriors to raid in exchange for treasures. You can choose to raid various locations, including monasteries, which pose less of a challenge but provide less reward, or castles, where the stakes are high and the reward is riches beyond imagination. 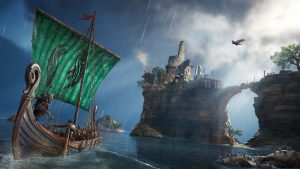 The game is open world, much like all the other Assassin’s Creed titles have been, and allows players to sail from the harsh and mysterious shores of Norway to the beautiful but forbidding kingdoms of England and beyond. 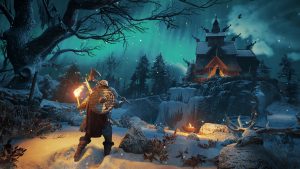 Moreover, Ubisoft has beautifully adopted the Viking style of living, allowing users to engage in mini games like fishing, hunting, drinking games, and more, to give players a feel of what the Viking lifestyle was like.

However, the best part, at least according to me, is the ability to create establishments outside of your hometown in Norway, so as to have a home away from home. “Construct and upgrade buildings that allow for deep customization, including a barracks, blacksmith, tattoo parlor, and more. Recruit new members to your clan and personalize your Viking experience.” 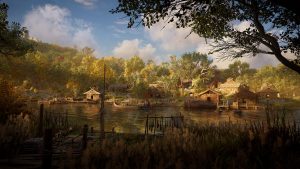 The game launches today, so make sure you grab it right away.

In this day and age, guns don’t decide which country holds power.…

KKR, the global investment firm, is all set to invest $95 million…

Music streaming has grown by unimaginable bounds over the last year, with…