During a time when smartphones became our only connection to the outside world, it’s no surprise that the usage of apps has surged. However, we had no idea of how much of a surge we were talking about, until this report from App Annie came out, which claims that mobile app usage has increased by 25% in Q3 2020, in excess of 180 billion hours each month of July, August and September 2020. 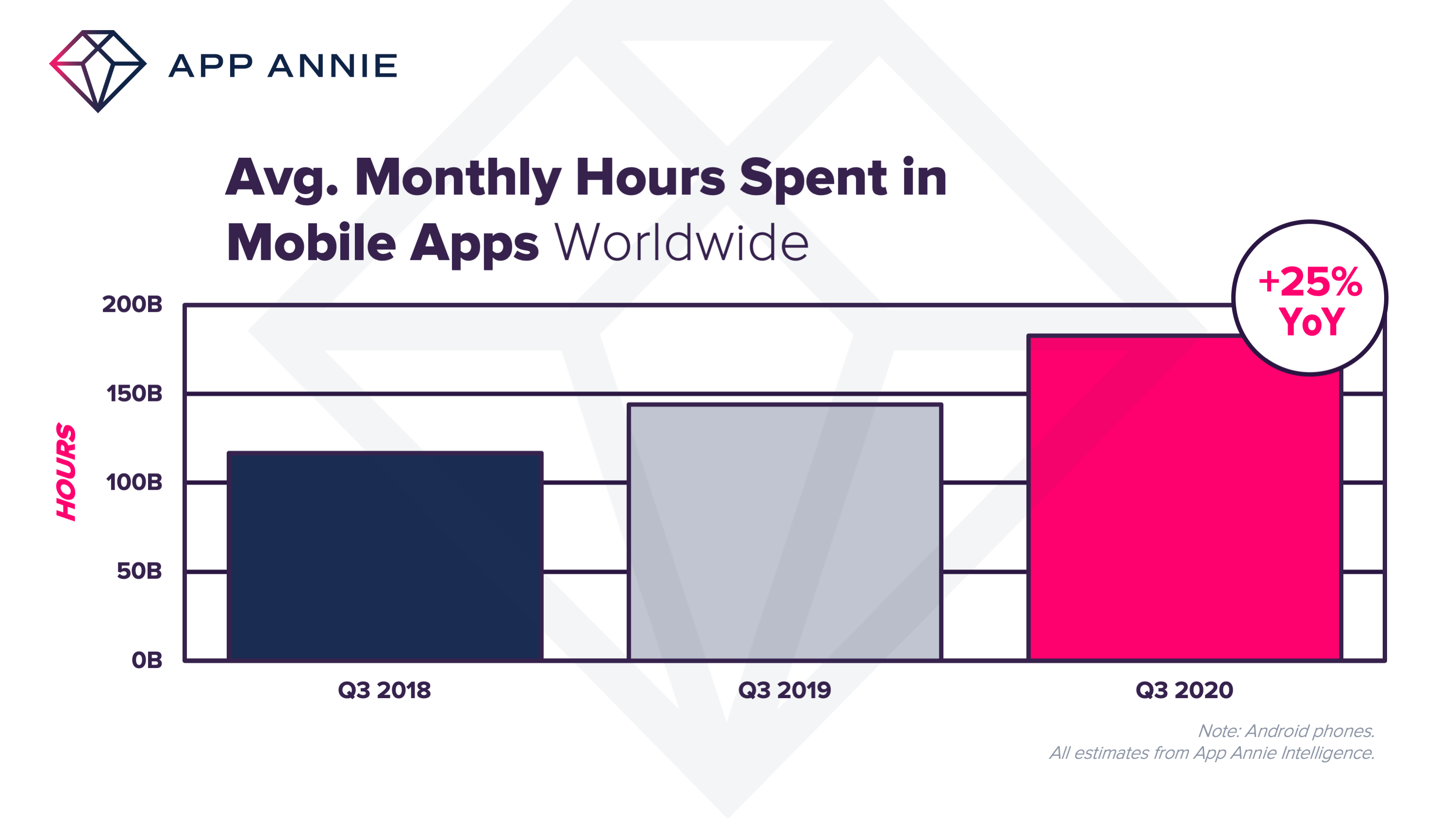 India saw one of the biggest booms in app usage, along with Brazil, and Russia, witnessing a steep increase of 30%. However, Indonesia was the one to leverage this change in culture the most, and saw a massive 40% increase in app usage over the quarter. That being said, India still maintains the top spot for the most app usage in any country, thanks to its massive population and cheap data rates. 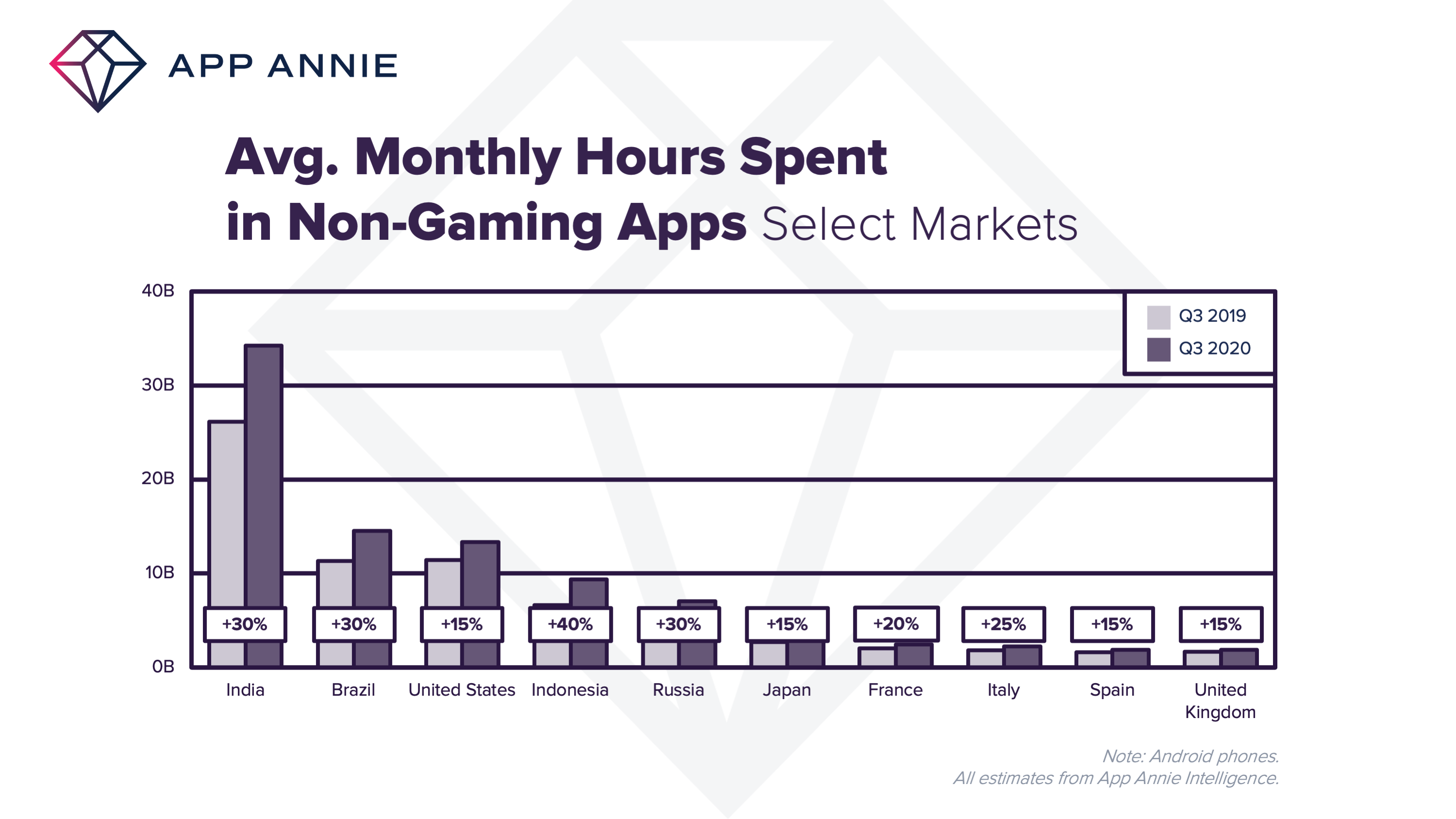 All of this increase translated to massive sales, with Q3 bagging the spot for the largest quarter yet for mobile app consumer spend. To put a number on it, Q3 saw users spending a grandiose sum of $28 billion over apps. iOS users spent 20% more money in the quarter as compared to Q3 2019, accounting for $18 billion of the total amount spent, while spend on Google Play grew 35% year over year to over $10 billion.

Gaming apps still dominated the transactions, and made up for 65% consumer spend on iOS and 80% on Google Play, largely due to in-app subscriptions. 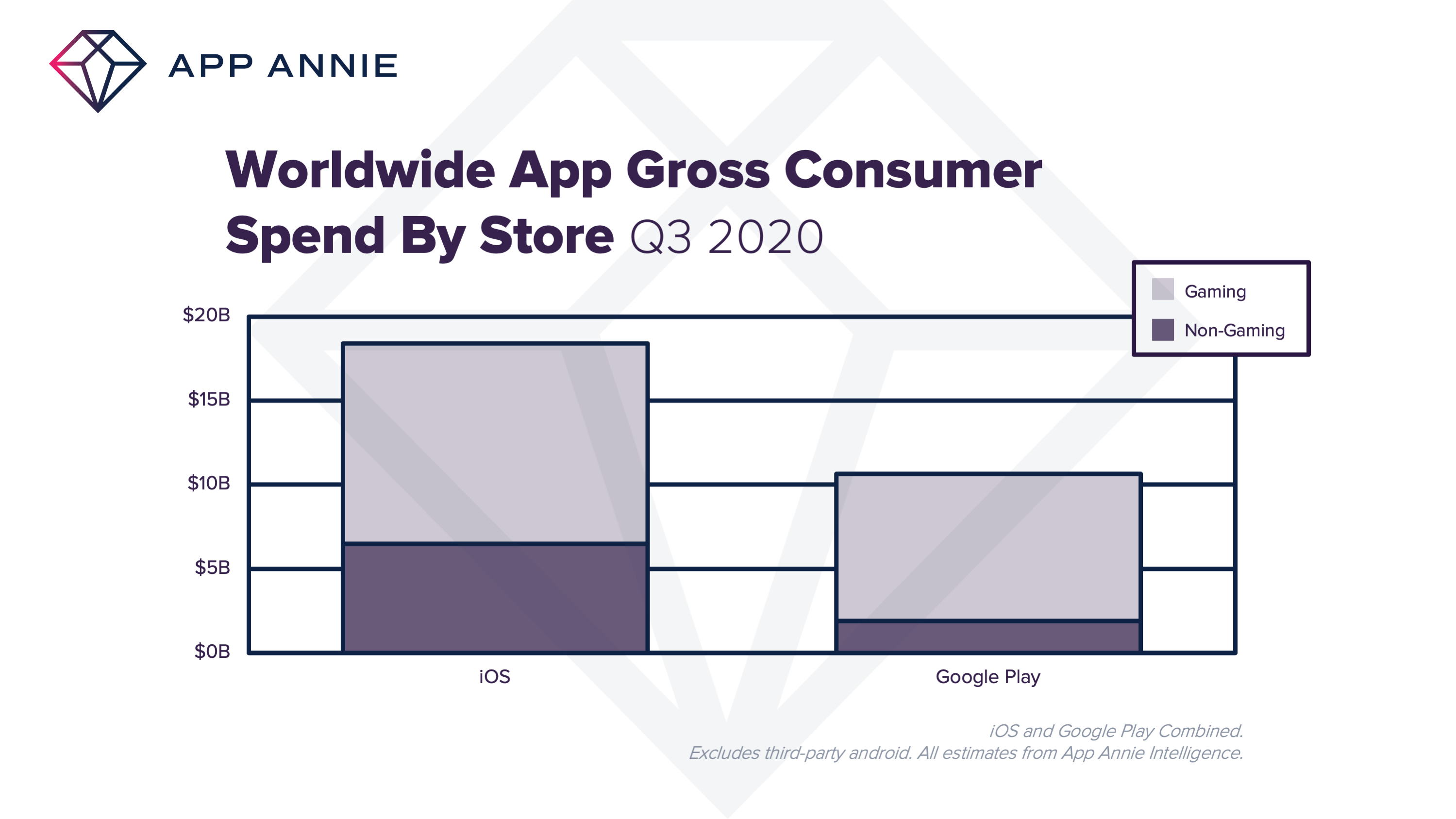 For Google Play, India and Brazil made up for the most downloads, and were joined by Mexico as the biggest drivers of growth from Q2 to Q3. Meanwhile, on iOS, the United States and China were the two largest markets by downloads, while India and South Korea were the main drivers of download growth quarter over quarter. 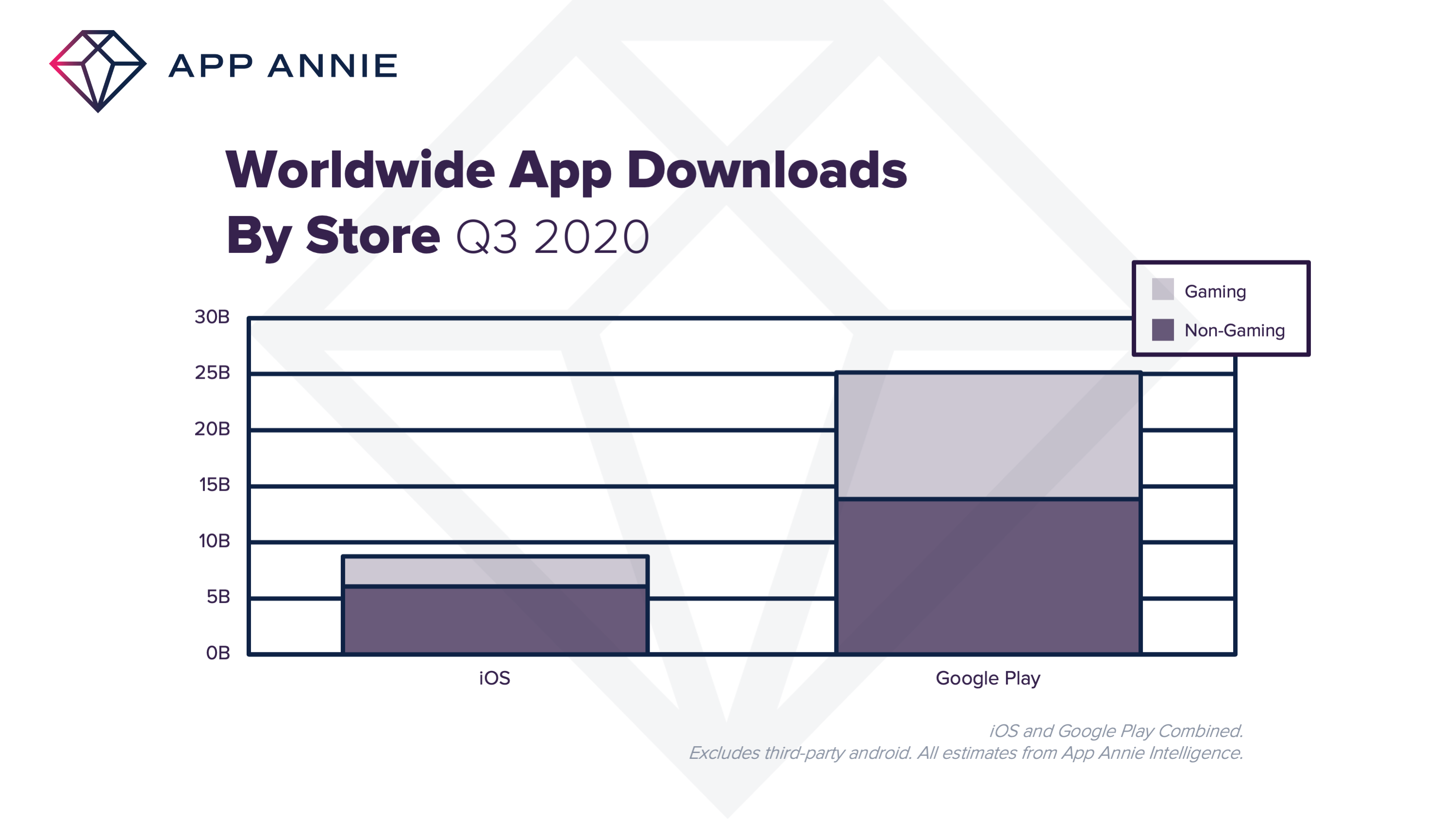 TikTok was the most downloaded app, followed by Facebook, WhatsApp, Zoom and Google Meet. According to consumer spending, Tinder ranked at the top, beating TikTok, YouTube, and Disney+. However, according to the Monthly Active Users, Facebook was the most successful app of the quarter, followed by other apps from its own portfolio, i.e. WhatsApp, Messenger and Instagram. 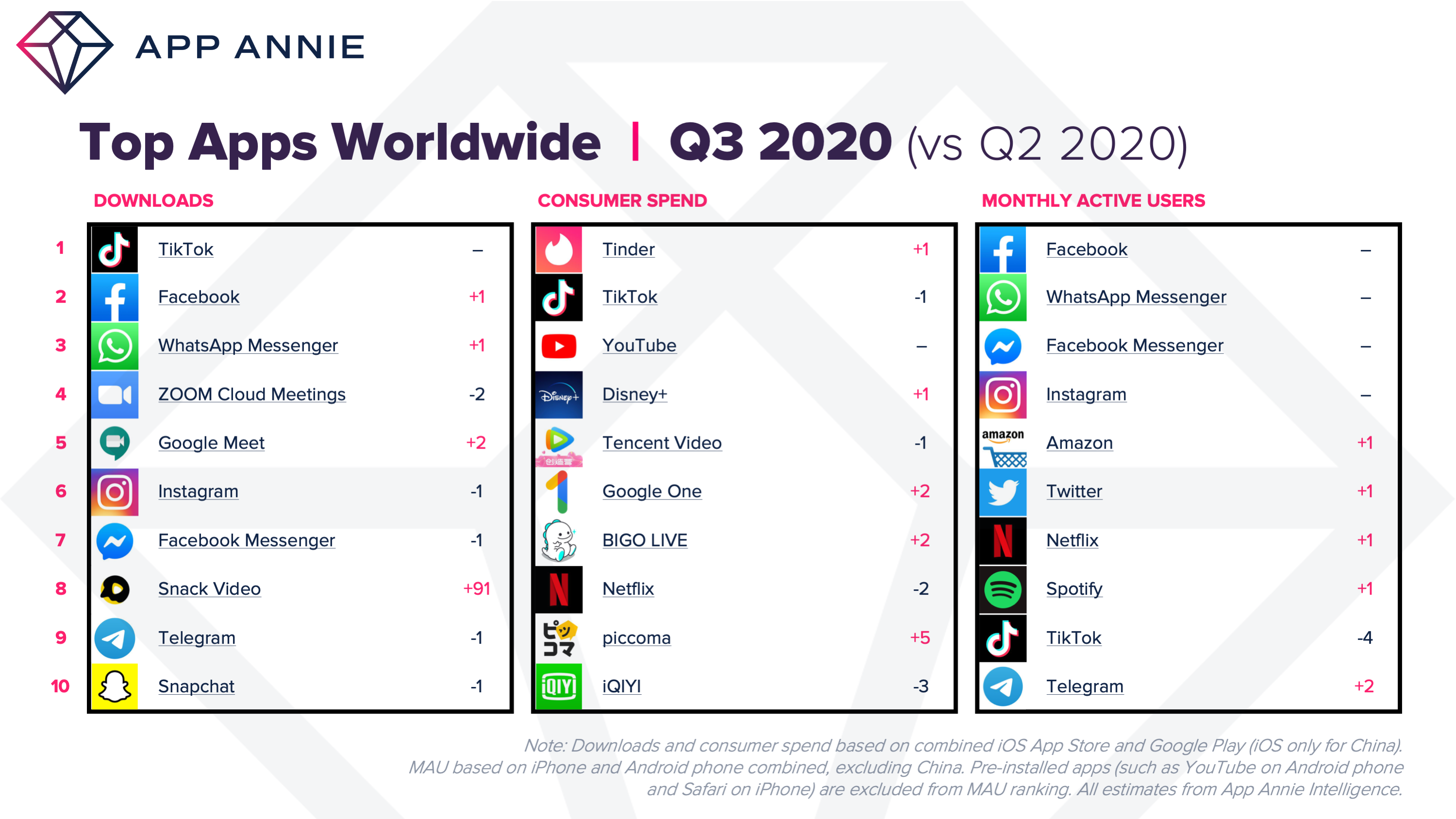 We are halfway through 2021 and still, things have not improved for…

WhatsApp announced the “disappearing messages” feature just a little while ago,…