Short form video is surely here to stay, at least from the numbers we are seeing for TikTok. The video sharing app seems to be thriving through the pandemic. The global app and its Chinese version Duoyin have amassed 2 billion downloads only five months after hitting the 1.5 billion mark. India, China and the U.S have expectedly accounted for most of the downloads. The numbers come in through a report by mobile insights firm, SensorTower.

The app was downloaded 315 million times this quarter across Google Play Store and App store, combined surpassing its own record of 205.7 million downloads in Q4 of 2018. Notably, these figures are exclusive of third party app stores that are popular in China. Whatsapp is the second most downloaded app this quarter, clocking 250 million downloads.

With 611 million downloads, India accounts for 30.3% of Tiktok’s figure, becoming its largest international market. China and U.S have followed accounting for 9.7% and 8.2% respectively. These developments come despite the app being labelled as a threat to national security by U.S lawmakers. 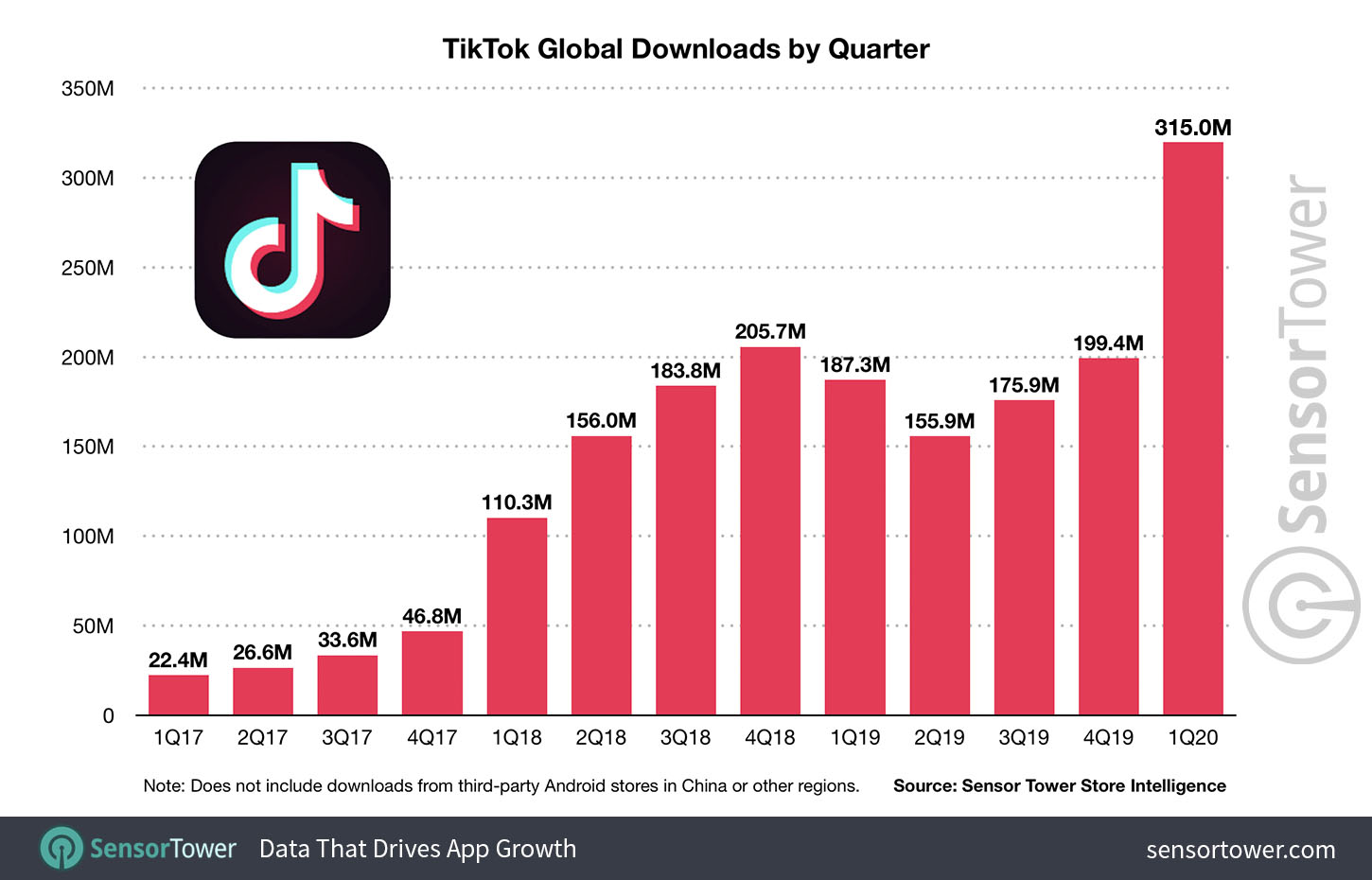 Although these numbers are significant, it has to be noted that downloads cannot be used to account for active users. Regardless, the app currently has an impressive count of 800 million active users worldwide.

As people turn to Tiktok to entertain themselves amidst stay-at-home orders, the app’s revenue has also seen a rise. To date, users have spent about $456.7 million on Tiktok a notable increase from $175 million five months ago. China accounts for 72.3% of this number followed by users in U.S who have spent about $86.5 on the app. Revenue wise, Apple’s ecosystem has contributed most even while Google Play store clocked 75.5% of the downloads.

The video sharing app was developed by ByteDance, currently the world’s most valued start-up and is used to create 15 second long videos often synced with music. With these numbers, Tiktok has become the first app to surpass 2 billion downloads after Facebook’s Marquee app, Whatsapp and Instagram since January 1st 2014. Although android apps have surpassed 5 billion downloads before, most of these are pre-installed in devices.

Coronavirus has pushed a lot of industries into financial depression, partly due…

One of India’s biggest e-commerce websites, Flipkart, has announced the launch of…

U.S. tech giants are forming a representative group to jointly fight back…