We are not saying that Facebook interfered with the presidential election in 2016 (well…), but the company isn’t particularly known for NOT getting into politics. Guilty or not, Facebook was heavily chastised for its involvement, with Mark Zuckerberg clearly uncomfortable in answering some rare direct questions from the US congress.

However, Facebook is trying to make sure to avoid any complications this time around, and will now publicly show location of posts from high reach accounts outside US. The feature comes perhaps at the right time, there is an ongoing epidemic where misinformation spread needs to be contained, and then we have the US elections later in the year.

The feature will be available in the US only, at least for now. It will point out location of posts that were posted by accounts with high reach, which operate from overseas. The new feature will now show location of the account directly beneath their Page or Account name on the posts they share, under the title “Poster based in…” on Facebook and “Based in…” on  Instagram. 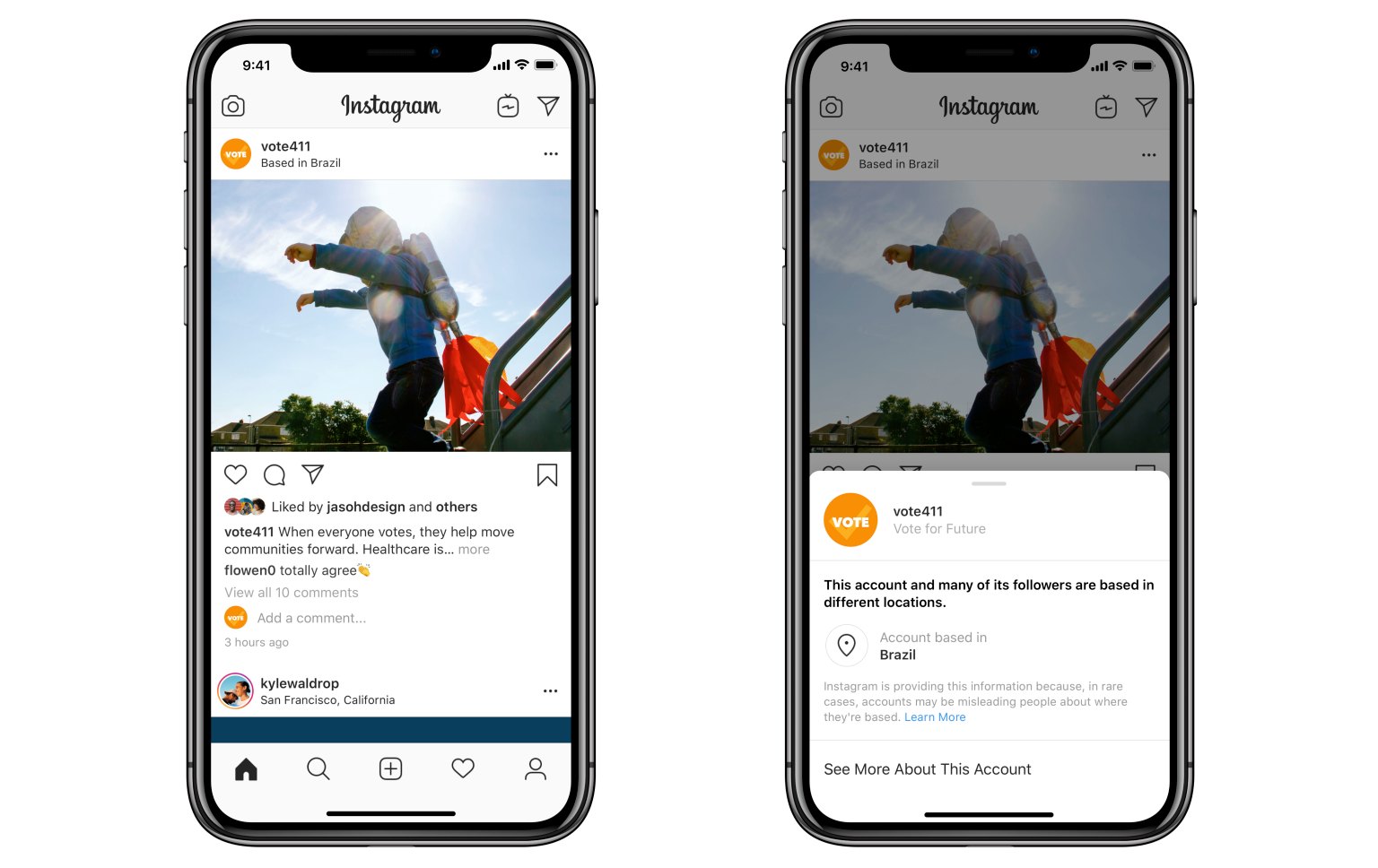 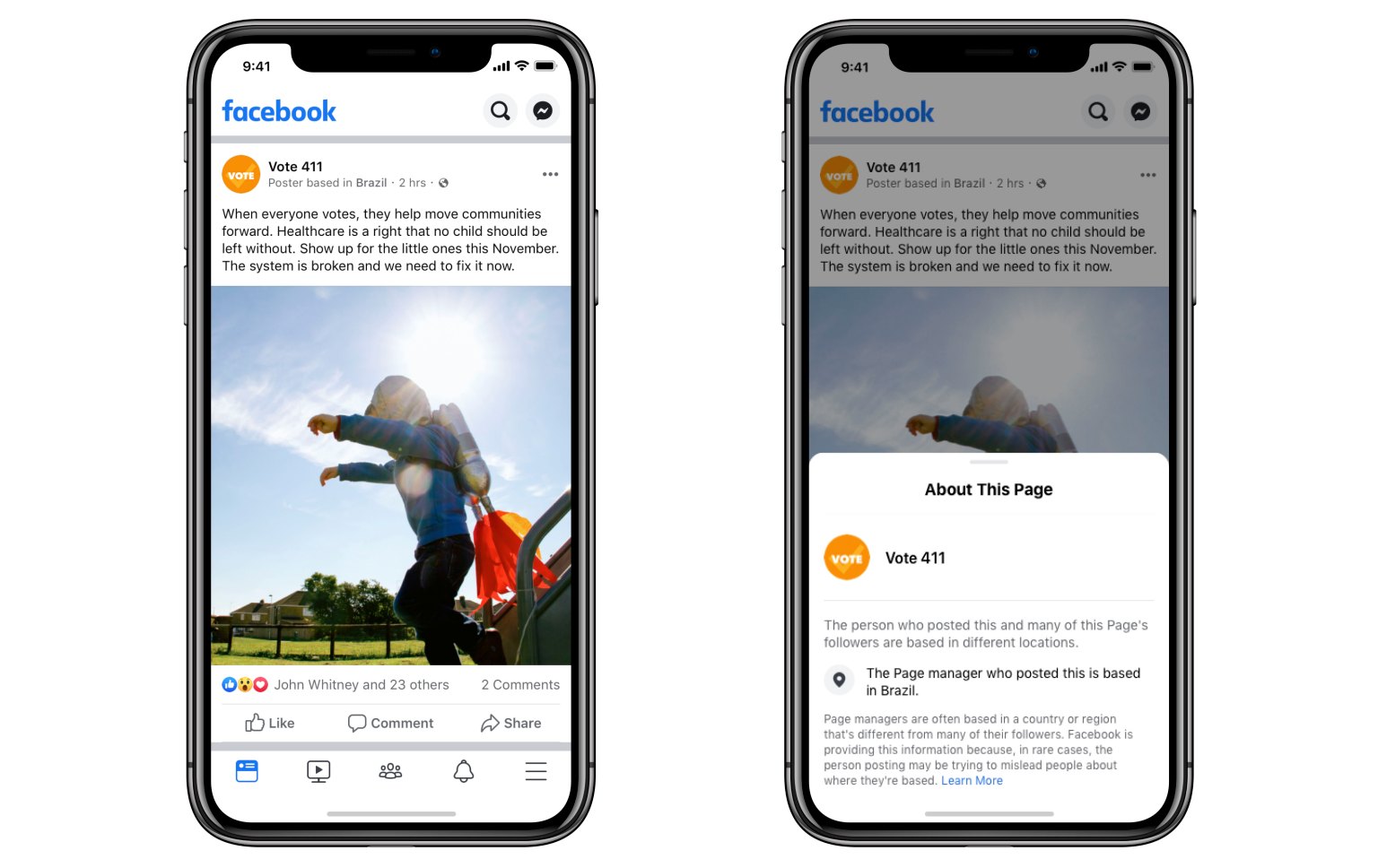 Using this feature, people will be able to judge if a post has been posted from, let’s say Russia (we were all thinking of it). Thus, it will make it a bit easier for users to judge whether the post is deliberately pushed by specific geography users. This hold specifically when voter opinion is swayed using foreign accounts, something Facebook has been accused of in the past.

Users will also be able to access an additional popup, that will explain that the page and most of its followers are based from another country. The message will also state that Facebook or Instagram is providing this information because some accounts attempt to mislead people about where they’re based.

The company also reminded of the changes it made in 2018, where it started giving people “more context about Facebook Pages, including the primary country location of the people who manage a Page”. Further, the company also reiterated the existence of an “About this account” section on Instagram to embark people with more knowledge about a particular account.

The feature will certainly go a long way towards promoting authenticity on the platform. Unlike before, when users had to search for such information in a menu by opening up a certain account, having it all right before you can help curb foreign involvement in political campaigns through FB.