Equiano, Google’s third private subsea cable network, is being installed and it will connect Europe and South Africa with additional branches extending to African countries in between. The news had earlier came in via WSJ, and has been confirmed by Google today.

Once finished installation, the fiber optic cable line will be able to transfer high-speed data from Lisbon in Portugal to Cape Town in South Africa. Many countries along the cable line will get extension forming a network which will be 20 times larger than Google’s previous cable networks.

Equiano will become a part of Google’s growing computing infrastructure and according to a blog post by Google, the investment has reached $47 billion over last three years. Google seeks to connect its data centers scattered around the world to enable faster data handling for its various platform’s like Google Cloud.

The cable line is named after Olaudah Equiano (born in 1745) who was a writer and abolitionist from Ihiala, now located in southeastern Nigeria. Equiano was enslaved as a child and was sold off twice as a slave during his lifetime before gaining freedom in 1766. Later, he became a key figure in anti-slave trade movement in 1780s. It is likely that the first branching from the cable network will extend to Nigeria.

It is interesting to note that the third Google project is named in ascending alphabetical order since the first two cables – Curie and Dunant. 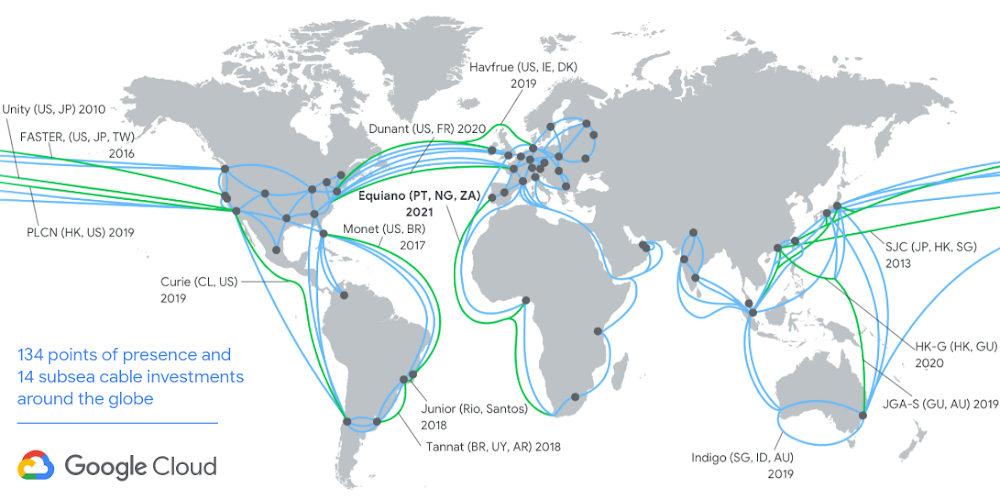 Alcatel Submarine Networks is installing the cable for Google in accordance to their contract signed in fourth quarter of 2018.

Other two Google-owned private cable lines which include Dunant (which crosses the Atlantic Ocean from Virginia Beach in the U.S. to the French Atlantic coast) and Curie (which connects Chile to Los Angeles) are operating since last year. And now, Equiano will be a part of this family starting 2021 when its first phase will reach completion.

Apart from these three private cable lines, Google is a stakeholder in 14 other major subsea cable line projects.

India’s food delivery sector is back in action. After Zomato’s takeover of…

Whether you are pro or anti TikTok, there’s no denying its presence.…

Gone are the days when people would hoard up CDs (and even…
error: Selection not allowed.