Social media is incredibly powerful. Companies use it to keep tab of trends and often this leads to some amazing things. For instance, a picture that was shared on Tumblr two years ago has now led to an upcoming movie from Netflix, that will star Rihanna and Academy Award-winning actress Lupita Nyong’o.

It is a pretty unlikely collaboration and one that has been made possible only thanks to Netflix, and of course, the social media. Two years ago, someone shared the following image to Tumblr: 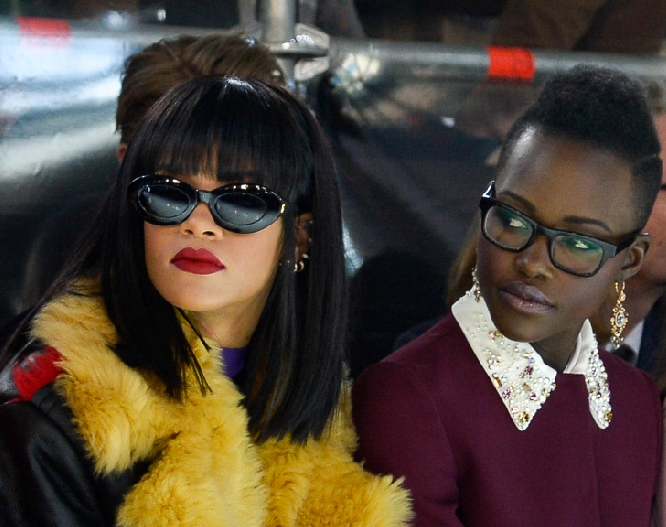 The picture had a caption that read “hey look like they’re in a heist movie with Rihanna as the tough-as-nails leader/master thief and Lupita as the genius computer hacker.” The caption and the image got a lot of shares but the matter died down at that point of time.

Looking for Alternate version of Netflix? Download moviebox for pc

Now, a while ago, the image came back on Twitter, this time with the caption “Rihanna looks like she scams rich white men and lupita is the computer smart best friend that helps plan the scan.” Okay, so people are definitely getting the same idea while looking at the picture, and that is when Netflix jumped in. The company apparently spent quite a bit of money outbidding competitors at the Cannes and aquired the rights and the talents to produce the movie.

The movie will be directed by Ava DuVernay, and is slated to begin production next year. Watch out for it. And yes, the story line is like to remain the same, with Nyong’o playing a computer genius and Rihanna a scammer.

Well, social media! It can make all wishes come true.

We have been stuck with Android 10 for a while now, and…

Facebook’s R&D group, NPE team is on a roll. In what would…