Isn’t is awesome to witness a location in 360-degree ‘Street View’ images while searching for it on Google Maps? While those shots are beautiful, there is a massive amount of work an individual has to put in to capture that one picture. And not only capture but also upload them on the platform to make them available for access to all. Now, Google aims to simplify the process by launching a new certification program.

Called Street View ready, this certification program is similar to the one used to single out Daydream-ready smartphones capable of seamlessly supporting virtual reality. The Mountain View giant has partnered with several hardware makers to integrate Street View standards into their 360-degree cameras. This will make the 20-odd cameras, which it is initially launching over the coming months, all Street View ready. They’ll all be made available by the end of this year to simplify and increase the inflow of 360-degree photos.

To streamline the certification process, Google has divided the standards into four categories. These will provide the users with the flexibility to choose any one of the followings to not only collect but also upload imagery to the platform, almost instantly.

In the official blog post, Charles Armstrong, Product Manager, Google Street View mentions that the certification program has been launched to enable individuals to share ‘publishing high-quality, interactive imagery no longer requires significant time and effort.’ And the timing of this program is of significance because VR and 360-degree cameras and content are steadily becoming more and more accessible to the masses. Further, continuing to talk about the same, he adds,

All you have to do is get one of the cameras, download the Street View app and start creating. You can walk, run, bike, drive—even ride a horse—while we do the heavy lifting of connecting each frame of your video

And as we’ve mentioned above, all of the 20 360-degree cameras being launched in the coming months will be clubbed in different categories based on their usage. Google has already signed up some of the biggest hardware partners to upgrade their libraries with help from everyone with a compatible camera. This will enable rookies to show off 360-degree videos to friends, while more professional creators will appreciate the simplified workflow. You can use the official iOS and Android apps to submit your 360-degree photos to the platform. 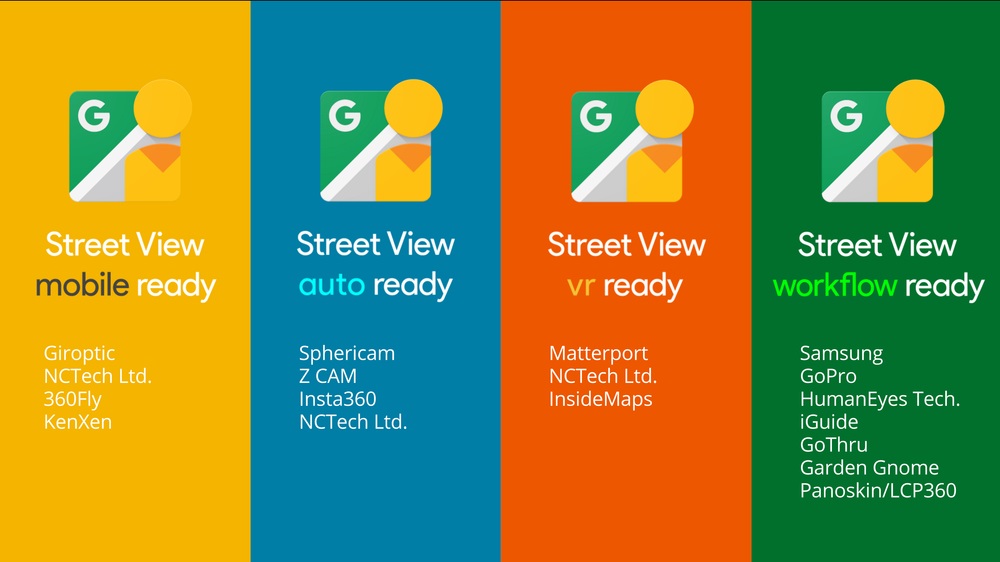