Alexa will now answer your voice commands on Huawei Mate 9

During its launch event at CES 2017 back in January, Huawei announced that its flagship Mate 9 smartphone would soon be receiving Amazon Alexa’s smarts. And the Chinese hardware maker is today delivering on its promise as Alexa is finally making its way to Mate 9 owners in the United States in the form of an over-the-air update.

For more than a couple months, we had been patiently waiting for Huawei to shine a light on how it plans to integrate Alexa into their flagship Android smartphone. We already knew that its availability on the Mate 9 would be limited and delivered to device owners via an OTA update. But, we now finally know that Huawei and Amazon joined hands to work on a Huawei-branded Alexa mobile app that packs within most of the functionality available through this smart assistant. Talking about the same, an official statement says,

Adding Alexa to the Mate 9 seemed like a no-brainer. We have four mics with noise cancellation, this tech will help a lot Alexa to hear the commands easily from different angles.

So to be able to finally access Alexa on your Huawei Mate 9, you will have to install a couple of applications before shouting commands at the new assistant. You will have already received the Huawei-branded app via the update (currently only in the U.S, no info on wider availability) but Amazon’s own Alexa app will also require installation to make the service run. All the information and commands will be stored in the latter, which is linked to your Amazon account. 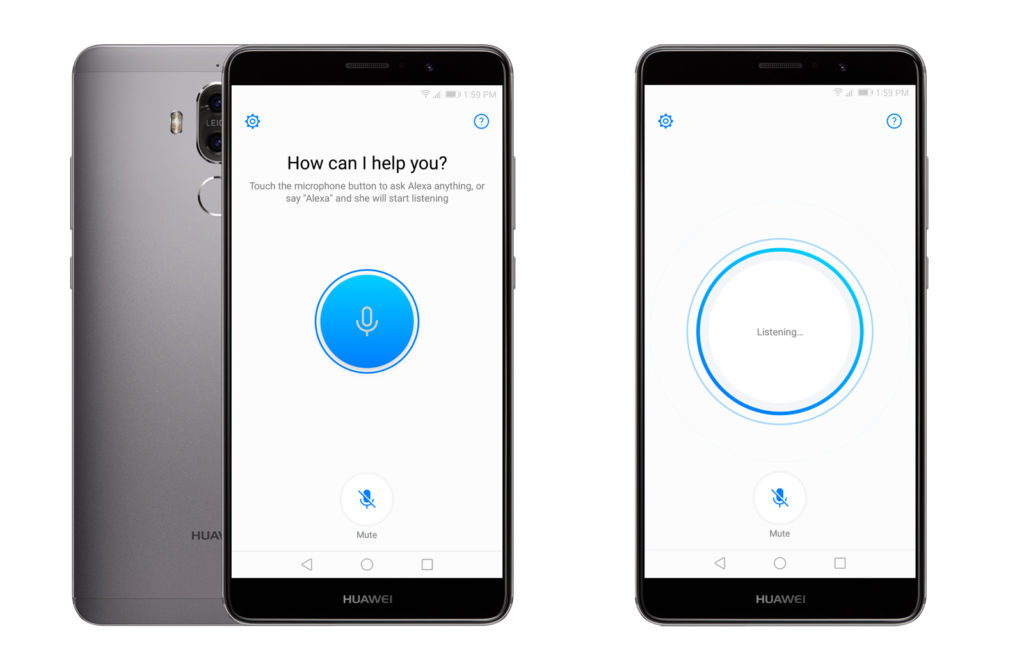 Now, whenever you need to question Alexa, you’d have to open Huawei’s app and hit the microphone button before saying out your command out loud. You’ll now have access to Alexa’s complete library of commands and third-party skills, which recently made it past the 10,000 milestone. It can help you order food, save calendar appointments, play music, get flash briefings, and even order stuff from Amazon (if you’re a Prime member with payment and address set up).

But, the most frustrating thing about Huawei’s Alexa app is that you still need two taps to be able to access the voice assistant. But, the company advertises the integration of the assistant as a ‘voice-driven experience, ideal for people on the go’ which proves to be false. It is beyond my understanding as to why they’d skip on adding hotword support — which means the functionality to directly say Alexa, do such and such a thing — to their application.

Further, Huawei has specifically mentioned that their Alexa integration wouldn’t hinder the recent wider rollout of Google Assistant across Android devices running Marshmallow 6.0 and above. The owners will have the option to choose between the assistant which they prefer to interact with. But, this does play badly with Google’s action plan to extend the services of its smart and quirky AI voice assistant across a wider range of devices. The hardware makers are, however, looking to integrate across their devices — as we’ve seen with Samsung’s Bixby.

This update will start rolling out on March 22 (i.e today) at 12:00 pm ET in the U.S, thus, making it the first Android smartphone with Amazon’s AI-powered voice assistant. But, will this be the last one? We highly doubt the same but will expect to see an even improved integration between an Android device and Alexa. What are your views on this integration? Comment your thoughts down below.

If you tried to search something on Google this morning, you very…