Artificial Intelligence has taken the center stage in today’s tech developments, but its still not efficient enough to accurately read and understand human language. Add Google to the picture and you’ll have the most accurate linguistic analyzer ‘Parsey McParseface’ that has been released yesterday. Google has also open-sourced its neural network framework ‘SyntexNet’ alongside ‘Parsey McParseFace’.

Google wants all developers to use the open-source framework to train their own AI models and analyze them in English using the – funny named – ‘Parsey McParseface’. There is no definite significance behind the cheeky name of the platform, but a random suggestion by an employee which has stuck till date.

So what do you use the SyntexNet for?

If you’re vaguely aware of machine learning algorithms, then defining the syntactic relation between each word in a sentence is the key component of the process. For the AI to understand what the input actually says, it first need to label(or tag) the words according to their location and represent them in the form of a tree-like structure. Also, syntexNet has been implemented using the cloud machine learning platform, TensorFlow.

For the sake of simplicity, let us consider an example sentence – ‘Alice saw Bob’. In this sentence, the main verb saw is the root word which connects both the proper nouns i.e names, Alice and Bob respectively. The job of ‘Parsey McParseface’ is to establish this relation and understand its meaning. 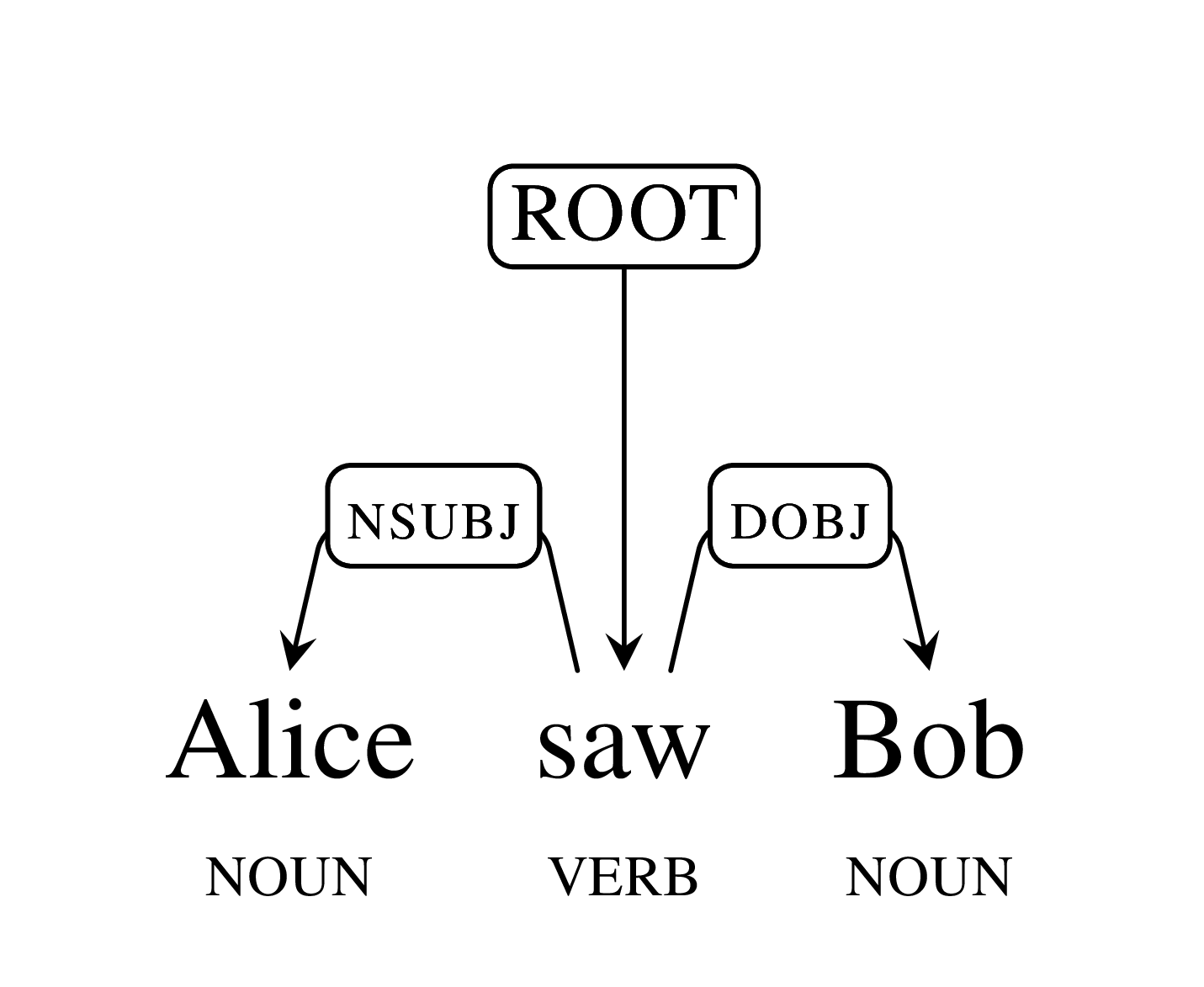 This though is a very simple example and can be easily analyzed correctly using ‘Parsey McParseface’. But, since Google boasts that its the most accurate natural English language analyzer, it can easily categorize longer and ambiguous sentences. Let’s take another example –

Even though parsing and understanding human language is very hard, and certain ambiguous cases like one above can sometimes arise. But, ‘Parsey McParseface’ can easily tag each word in the sentence correctly, but now has two interpretations for it. One says that Alice drove the car down the street, while the other remarks that the street is located inside her car. We humans can easily debate and pick the correct alternative, but what about the AI assistants. The open-sourced ‘SyntexNet’ is powerful enough to parse and understand the correct of the two sentence from above. It can also be incorrect sometimes.

And now Google is leveraging the same power to the developers to speed up the AI revolution.

Google boasts that the ‘Parsey McParseface’ can easily recognize and tag words with an accuracy of over 94 per cent, making it a state-of-the-art parsing technology. Slav Petrov, a Senior Research Scientist at Google is happy with the success of the ‘SyntexNet’ platform, but attaining a cent percent accuracy is the goal they wanna achieve soon. He signs off by saying that,

Machine learning (and in particular, neural networks) have made significant progress in resolving these ambiguities[problems like the one described above]. But our work is still cut out for us: we would like to develop methods that can learn world knowledge and enable equal understanding of natural language across all languages and contexts.

This is a small successful attempt at parsing natural language, but persistent hurdles still remain. Google is dedicated to develop and share updated technologies with its developers to make the world more open and connected. And it may also one day help power the Amazon ‘Alexa’ competitor, Chirp and Google Now.

Apple’s “Spring Loaded” event on Tuesday unveiled many surprises, including a bunch…

Apple usually kicks off the year with its WWDC event, which is…

I am gonna be honest, I did not see this one coming.…