On the 23rd of April this year, Dropbox had announced an invite-only collaborative note-taking tool. The company hadn’t revealed much about the service then but today, the tool has been officially christened as Dropbox Paper and more and more devs are getting their hands on the beta of the app.

This move from Dropbox puts it into the arena with the likes of Google, long term partner Microsoft and a handful of others. The service is still invite-only and currently will be available only for web users. Dropbox says that a mobile app will be launched soon, though, but a specific timeline hasn’t yet been announced.

The current beta of the tool is quite simple and minimalistic, though the company says that the final release could be entirely different, after collecting suggestions and reports from devs and users. For now, it looks like a simple text-editing app, something along the lines of IA Writer. The major difference between the two is that the IA writer has been designed for solo use while the new Dropbox service is meant for collaborative work. If you already have a Dropbox account and have been invited to use Paper, all you have to do is sign in and voila, you will have an array of features to use at your disposal. 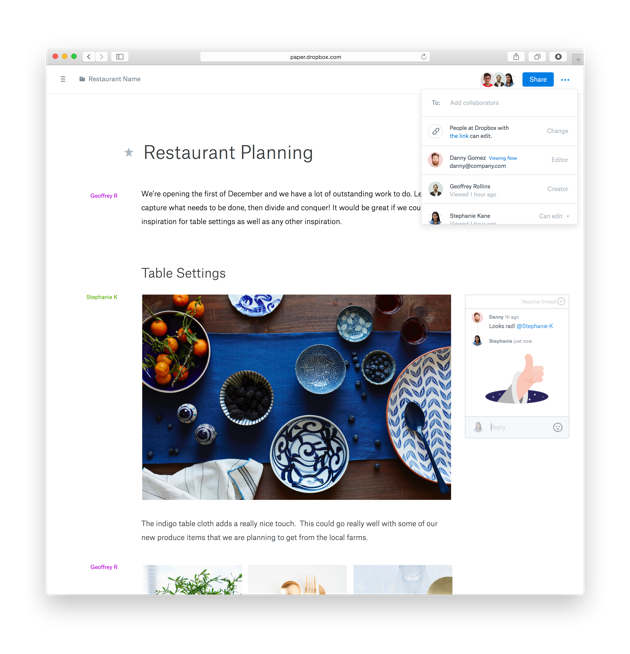 The service works a lot like Google docs, where multiple users can work on a single document simultaneously. Each person is designated by a colored cursor and the user’s full name is displayed in the margins, marking their contributions to the file.