Amazon has today launched its own browser-based shell environment to manage, explore, and interact with AWS resources, named CloudShell.

The company claims that with this, there would be no need for local installation or configuration of common development and operations tools from the command line, as it would be pre-installed. Not only Python and Node runtimes, but also Bash, PowerShell, jq, git, the ECS CLI, the SAM CLI, npm, and pip already installed. The shell environment would be based on Amazon Linux 2.

In its blog, the company said that the AWS Command Line Interface (CLI) (v2) would be installed and configured in every shell environment, for the ease of the developers so that they can run AWS commands out of the box. The company will also offer up to 1GB of space for the files in the home directory in every region. 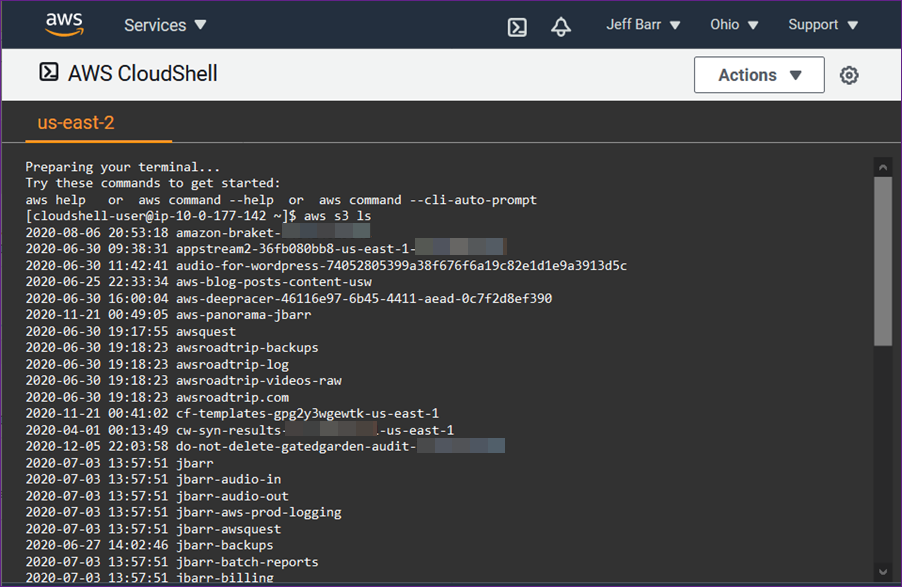 The interface also has added features to set dark or light themes according to the user’s preference or to set the font size. Developers will also have the ability to open up multiple sessions in the same region and use the tab feature to navigate around them. However, the session would time-out after 20 minutes or so of inactivity. The session can be re-established by refreshing the window, the company claimed. It will also allow developers to download files from the shell environment to the desktop, and upload them from the desktop to the shell.

While developers already had workarounds around all these needs, AWS’s efforts to make the entire process more streamlined and friction free comes as a huge time saver, which is very essential when it comes to writing Kilo-lines of code.

The company said that the product would be available from today in regions like US East (N. Virginia), US East (Ohio), US West (Oregon), Europe (Ireland), and Asia Pacific (Tokyo) Regions. Developers will be free to use 10 concurrent shells in each region. To increase the number of concurrent shells, the user would have to pay an added sum.

EV giant Tesla, which has been a big proponent of cryptocurrencies courtesy…