Android Auto is one area where Android has competed well with Apple, thanks to a limited set of roll out with limited number of manufacturers. And Google is further improving Android Auto today. The company has announced a number of major changes to Android Auto that will improve access to the platform and reduce the need to glance at your phone while driving.

The first major change is the integration of Google Calendar into the platform, thanks to the new calendar app. Now, users will get access to all of the features that one expects from the Google Calendar while driving on their cars. This includes showing your daily appointments, getting directions to ” the bakery where you ordered that birthday cake”, or “make a quick phone call to tell them you’ll be arriving soon. ” 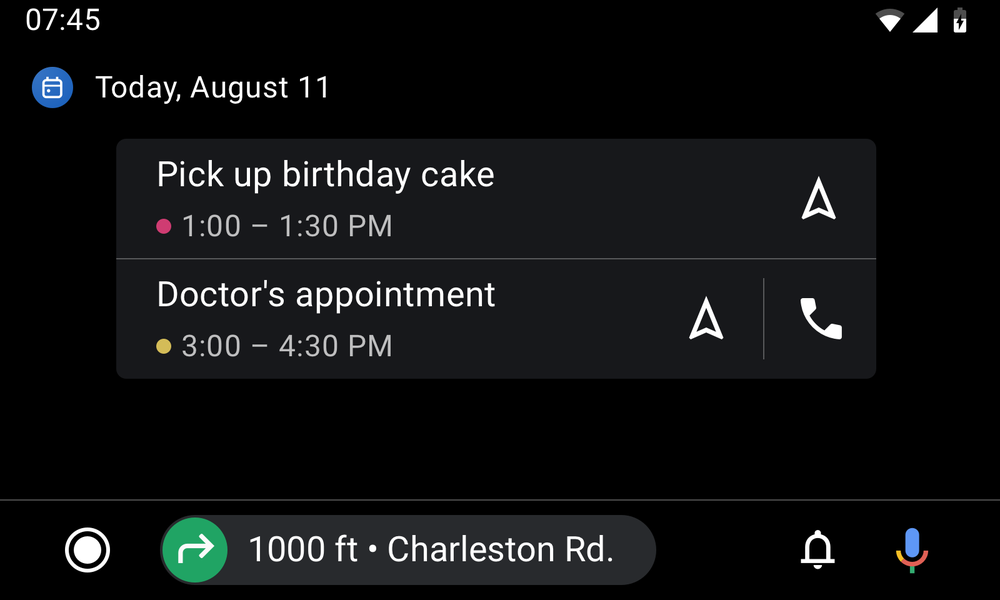 Moreover, since its launch, the Android Auto app has not really opened up to a lot of other navigation apps, except another Google owned app-Waze. However, all the talk about monopolistic practices has done a number on the company, which will now forge new partnerships with TomTom, MapFactor, and others to expand its catalogue of Maps-like apps. Moreover, the company is also allowing new apps for parking and electric vehicle charging, with  SpotHero being one of the first of its kind to debut on the platform.

As of now, there are more than 3000 apps in the play store that are compatible with android auto. These apps are safe for driving because they require negligible taps and glances. However, the company plans to increase the number of apps on the platform and said that “With our standard templates and guidelines, developers have the tools to easily optimize their apps for cars, without needing to become an expert in driver distraction.”

In addition to this, Google is also introducing a new settings app which will now allow users to manage their preferences directly from Android Auto, without having to use the phone.

Android Automotive,another vehicle related initiative from Google, is currently being worked on extensively, and will debut on the new electric vehicle Polestar 2. Apart from this, Volvo, Renault and General Motors have also announced their plans to utilize the platform.

Lastly, Google is updating its platform for testing apps called Play Console. With this update, Play Console will now support Android Automotive APKs (application packages). On the whole, this should help increase the number of car compatible apps.