Facebook’s Messenger today announced that it will be adding App Lock – a new security and privacy feature that will keep any unwanted guests away from your app. The company has been surrounded by attacks, being launched at it by various civil rights group, and has been making new announcements to appeal to its audiences. And this new push towards privacy might just be a part of that drive.

With this new feature making its way to the messaging app, users will be able to add Face ID or Fingerprint authentication to the app itself. This way, even if someone takes your unlocked phone, they won’t be able to go through your messenger messages, an additional layer of security, so to speak. 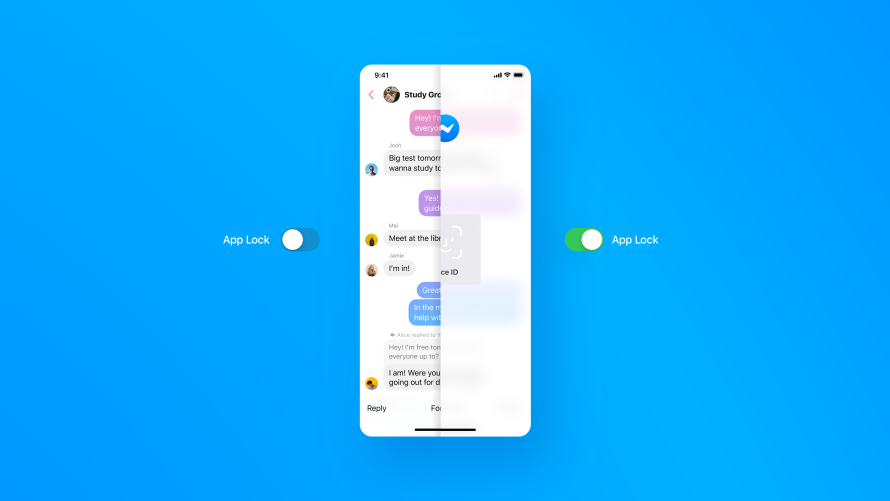 Seeing how the company has been accused of storing user data on multiple occasions, Facebook added that the fingerprint or face ID will not be stored by the app, so as to preclude any allegations that may be thrown against the tech giant.

This new app lock feature is part of a bigger aim to make messenger more secure. As a part of this initiative, Facebook has also added an entire new section for privacy-related settings, like blocked people, who views your stories, mute people etc. This new privacy section is where the users can find the option of enabling the aforementioned lock on the app.

The feature is available to all iOS users and will be rolled out for Android users later during the year.

In addition to these new features, Facebook will also start testing other privacy features for messenger later this year. That includes a test for a feature that will blur images appearing in messages in their requests folder. This feature is already available in other messaging apps like WhatsApp and Instagram. Another feature which will provide users with new controls over their inbox and calls is under discussions.