To further position its place as an “anti false news platform”, Facebook has announced addition of labels that will be used to identify state controlled media.

The company made this announcement in a blog post written by Nathaniel Gleicher, Head of Cybersecurity Policy, where he wrote, “We want to help people better understand who’s behind the news they see on Facebook,” adding, “Today we’re starting to apply labels to those state-controlled media outlets.”

The company had announced its plans to label media houses owned and influenced partially or fully by a state, several months ago. However, the company added that it will “begin labeling ads from these publishers later this year. ”

The company also said that as rarely as it happens, Facebook will block ads from these state controlled media houses in the U.S,  later this summer. This is an attempt to prevaricate any possible interference in American Presidential elections from media houses in China or Russia.

“…later this summer we will begin blocking ads from these outlets in the US out of an abundance of caution to provide an extra layer of protection against various types of foreign influence in the public debate ahead of the November 2020 election in the US,” Nathaniel wrote.

The changes, which will be rolling out for all users globally, will allow these labels to be viewed in the Ad Library Page view, on Pages, and in the Page Transparency section. For its U.S. users, “the label will also start to appear on posts in News Feed over the course of the next week.” 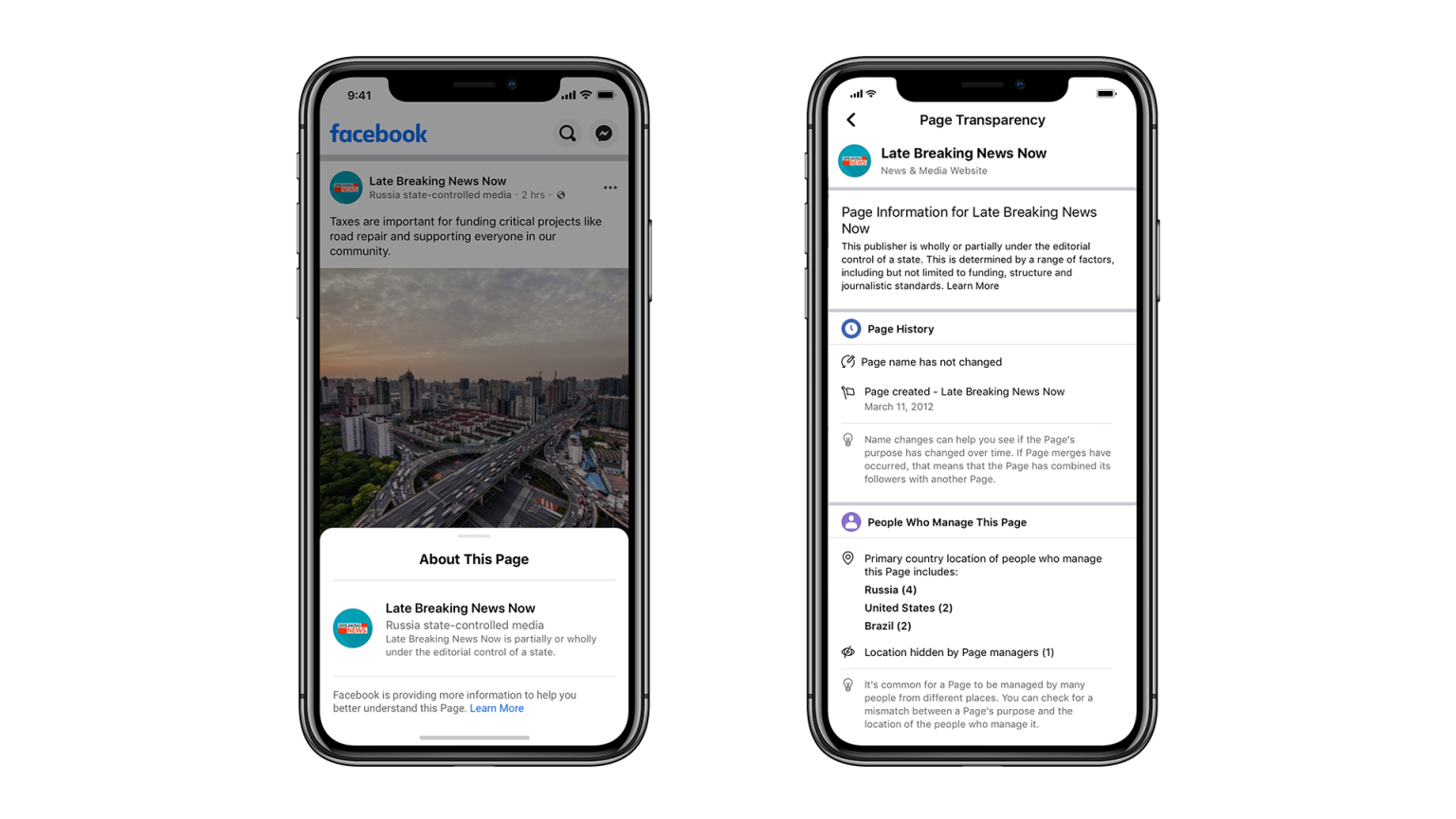 “Later this summer, we’ll apply the label to ads from state-controlled media outlets, starting with a few outlets and adding more over time,” the blog read.

While some media houses are quite transparent about who’s pulling the strings, more often than not, state ownership is kept a secret. Thus, Facebook delved into expert help in coming up with policies to allocate these labels to media houses around the world.

The company laid out its policies, which helps it in deciding which media houses are potential candidates for the labels. Facebook will consult the mission statement, mandate, and/or public reporting on how the organization defines and accomplishes its journalistic mission, its ownership structure and editorial guidelines such as transparency and Information about newsroom leadership and staff. Moreover, it will also try to trace back to the sources of funding and revenue for a media house, and check its governance and accountability mechanisms (such as correctional policies, procedure for complaints, external assessments and oversight boards).

Those who are able to provide a statute in the host country that clearly protects the editorial independence of the organization, and established procedures, processes, and protections that ensure editorial independence will not get labelled. An assessment by an independent, credible, external organization finding that the statute has in fact been complied with and established procedures have been followed will go a long way towards avoiding being labelled.

Still, after such thorough measures, if a media house thinks that it’s label is wrong and uncalled for, it can file for an appeal. With the appeal, they can send additional documents for assessment.

With people spending time at homes, the strong growth of the streaming…