PC shipments to fall 7% in 2020, but worst is behind us: Canalys report

Even though people are using computers more than ever before, worldwide PC shipment are supposed to take a 7% hit in shipments in the year of the coronavirus, a report from Canalys suggests. The industry, which shipped 395.6 million units last year, will end the year with close to 367.8 million devices sold.

The market is expected to stay flat in 2021, and be up and about in 2022, with an expected 2 % rise in shipments. Still, the impact of the coronavirus is evident, as global recession will certainly take its toll on demand.

Nonetheless, the report also suggests that while 2020 will be jinxed for the industry, the worst is apparently behind us. Q2, Q3 and Q4 are all expected to post relatively smaller losses, due to the pent up demand being fulfilled by improving supply chains as most of China is back in factories. 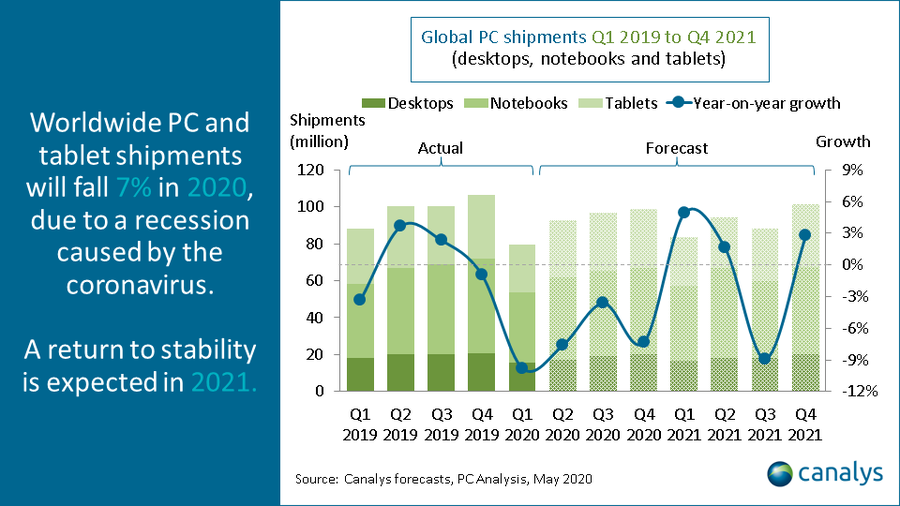 However, the report also says that just because the losses will be comparatively minimal, doesn’t mean they will disappear, as governments will mainly focus on essentials in the midst of a pandemic, with PCs being in the trunk.

Region wise, Latin America is expected to be hit the worst, as it expects to face a 16% loss in shipment. The Europe, Middle East and Africa region (EMEA) will leverage the sudden bump in demand to register just about 1% loss in Q2, but will still finish the year with a 10% decrease in shipments.

With the unemployment rate in United States reaching close to 20%, the market is supposed to shrink by 6% by the end of the year. It is yet to be seen how the riots happening in the country affect these numbers. China, the home of the virus, is expected to post just about 3% decrease in shipments, as it has made a mysterious comeback from the virus. Asia Pacific is expected to post a decline of only about 1%, with market recovery expected in 2021.

COVID-19 has also had a major impact on the ‘kind’ of devices that are in demand.

“From a category perspective, notebooks have been at the center of a demand surge that has left vendors and channel partners scrambling,” said Ishan Dutt, Analyst at Canalys. “We expect this demand to persist as many businesses that have been forced into home working and found it successful are now choosing to implement it on a larger scale.

The same holds true for education, where schools have made investments in digital curricula and are implementing only partial returns to on-premises learning. Desktop refresh will suffer to a greater degree as businesses face prolonged uncertainty about the scope of their operations and dedicated office space needs. Tablets, which have the greatest reliance on consumer spending, will face a slump as holiday season demand in Q4 is expected to take a hit this year.” 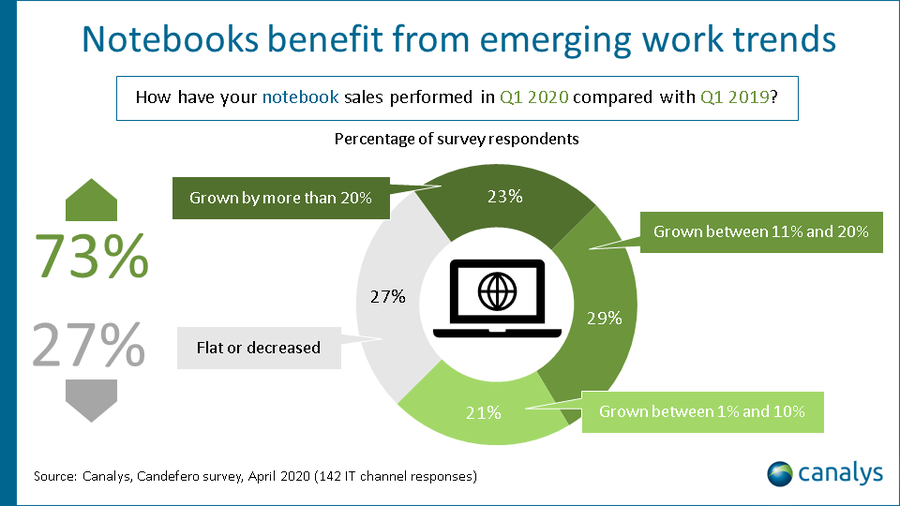