Google sent out 12,000 warnings to users for Government-backed hacking between July and September 2019

Google says, that it sent out as many as 12,000 warnings to users across 149 countries regarding possible Government-backed attacks to their accounts. And these numbers have amasses over a period of just three months — July to September 2019. The findings came in via Google’s latest threat analysis report, released by the company’s TAG (Threat Analysis Group).

According to a blog post that the company made live, most of these 12,000 Govt. attack warnings were sent out to users within the US, Pakistan, South Korea and Vietnam. While no specific country-wise data is available, according to a pictoral map release by the company, India was under a less sever category, with less than 500 such attack warnings.

Shane Huntley from Google’s Threat Analysis Group said, “From July to September 2019, we sent more than 12,000 warnings to users in 149 countries that they were targeted by government-backed attackers. This is consistent (+/-10%) with the number of warnings sent in the same period of 2018 and 2017.”

Google was the first email service provider to have started sharing data on such warnings and attacks. The same was followed by Microsoft and Yahoo later on. A typical attack, generally phishing, looks something like this: 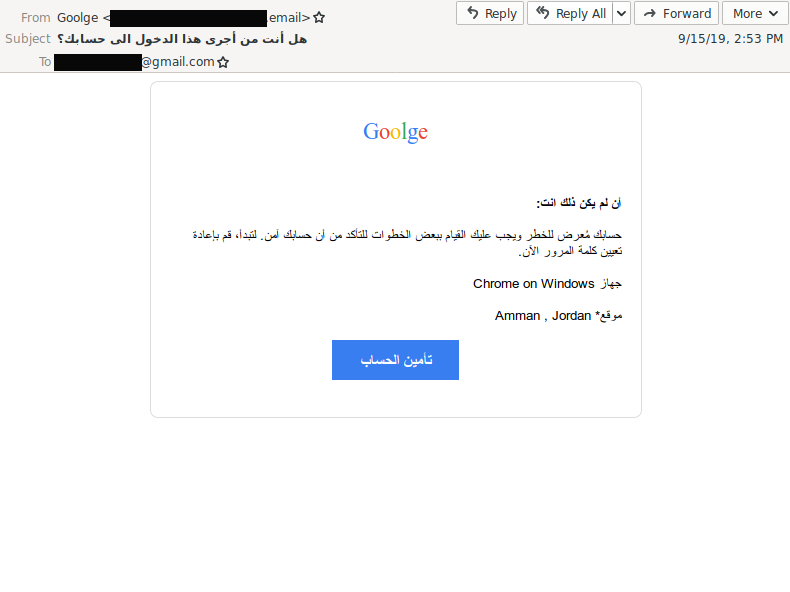 TAG tracks more than 270 targeted or government-backed groups from more than 50 countries. These groups have many goals including intelligence collection, stealing intellectual property, targeting dissidents and activists, destructive cyber attacks, or spreading coordinated disinformation. We use the intelligence we gather to protect Google infrastructure as well as users targeted with malware or phishing.

Zetwerk, an Indian Business to Business marketplace that works as a connect…

While COVID-19 continues to batter the global economy, Tesla proves yet again…

Instagram is apparently experimenting with its stories section amid increasing…

As the threat of COVID-19 peaks again in the US, the country…