Apart from all the chat bots, vr headsets and a new Android N — whose grand internet naming convention has gone all but wrong, Google has announced a critical new update to Android Studio. The new update is faster and will help developers deploy their apps in a swifter manner.

One of the headline features is Google’s rewritten layout designer with the new constraint layout. In addition to helping you get out of XML to do your layouts visually, the new tools help you easily design for Android’s many great devices.

Once you’re happy with a layout, the IDE platform will do all the hard work to automatically calculate constraints for you, so your UIs will resize automatically on different screen sizes.

Here’s an overview of more of what’s new in 2.2 Preview : 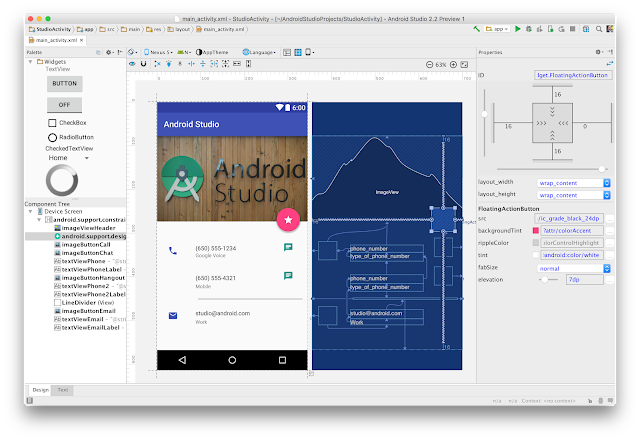 The updates are all under-the-hoods, meaning they won’t really change the overall look and feel of Android Studio’s IDE environment. However, considering how critical it is, for Google to encourage devs to build more from its tools, the updates are critical.

Google further detailed, that over 92% of all the apps on Play Store are now built using Android Studio.