WhatsApp tests multiple device support, including chat history sync on up to 4 devices

Along with this, the new update will also support chat history sync. This means that when a user logs into his/her account from a different device, Whatsapp will copy the chat history to the second device. This means that users will not have to copy texts from one device to another, thus facilitating easier data transfer from one phone to another. However to do so, WhatsApp will require a WiFi connection because syncing such a huge amount of information may use a large amount of users’ mobile data.

Yes, it’s the ability to use your WhatsApp account from 4 devices at the same time.
Under development, but it’s great!

Moreover, these messages will be permanently synced, which means that any messages sent from any of the devices will be seen on all of them.

Now, it is easy to draw a line between this new feature and the pre existing WhatsApp web, which also allows users to use their WhatsApp account on multiple devices at a single time. However, that isn’t the case, since to use the WhatsApp web, your computer has to stay connected to your mobile phone. The desktop version of the app connects back to your phone, and becomes useless if it does not have an active internet connection. 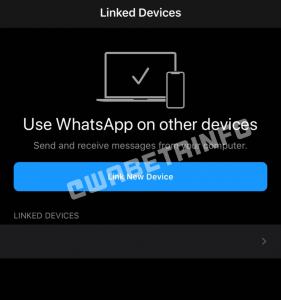 However, this new feature can be used like any other social media account. With this, users can log into their WhatsApp accounts just like signing into Facebook or Instagram from any device. Thus, you won’t need to have an internet connection on your mobile phone to operate WhatsApp desktop anymore. We say WhatsApp Web, but it can also apply to multiple mobile accounts.

The reports also adds that Whatsapp will be launching the much-awaited app for iPad app pretty soon.

While the Pixel phones were obvious highlights, Google also finally announced a…

With around 7.69 million active cases worldwide, humanity is still fighting its…
Go to mobile version