The ‘BigTech’ companies have all come out with their earnings for second quarter ending June, and all of them have smashed past wall street estimates by a mile. All four, who were earlier present at the congressional hearings, came out with blowout earnings numbers, further cementing their position in the tech world.

Let is talk about Facebook first. Facebook has managed to defy the odds, clocking an 11% growth in revenues on an yearly basis. And even though the growth is slow, it is way over the 3% that wall street had projected. Monthly active users too saw an increase as people switched on to their digital lives more than ever before. MAUs for Facebook stood at 2.7 Billion, up from the 2.6 Billion that the industry had estimated. DAUs were also up at 1.79 billion on average for June 2020, an increase of 12% year-over-year. 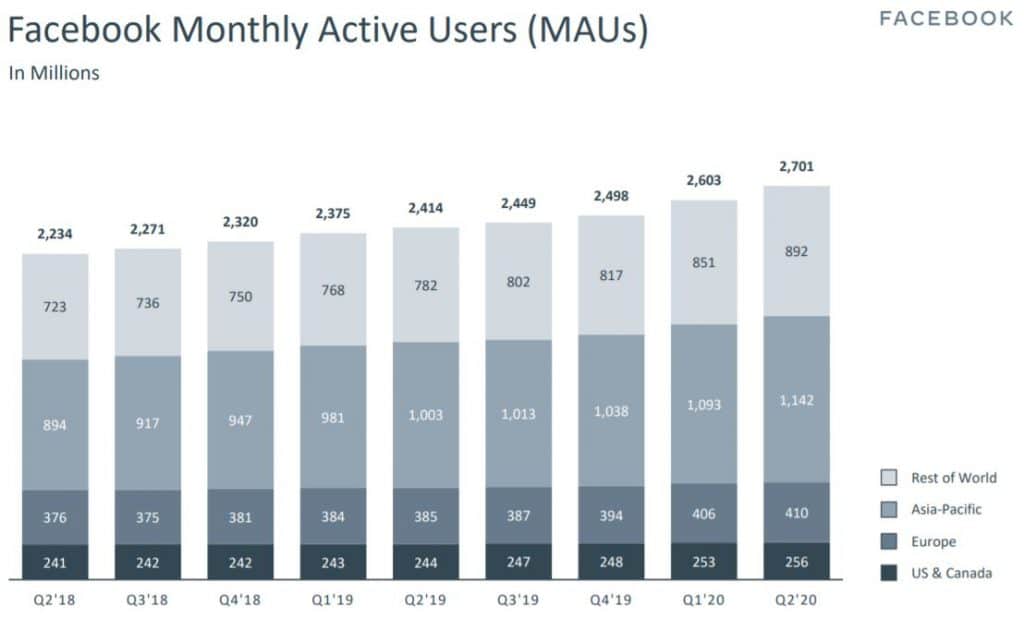 In terms of financials, Net income saw a 98% increase over the year and stood at $5.18bn for this quarter. It was $2.6Bn in the same quarter last year, largely due to a $2Bn privacy fine hit that the company took. Average Revenue Per User (ARPU) was solid as well, with $7.05 worldwide average. It remained same compared with the same quarter last year, while it increased significantly compared with previous quarter this year. 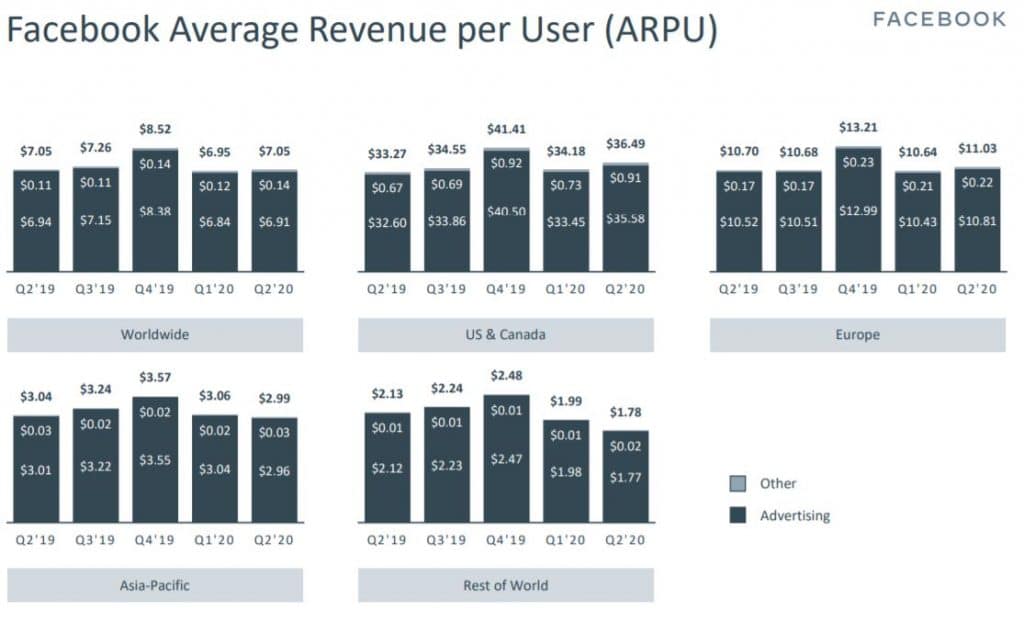 Advertising revenues in particular defied all odds, clocking a 10% growth during a quarter that was completely absolved in the pandemic. Businesses continued to aggressively advertises online, helping Facebook register $18.7Bn in this quarter, up from the $16.9Bn it had earned in the same quarter last year. In fact, such was the performance, that Facebook performed better than even Google, the world’s biggest seller of online ads. While Google too beat expectations but it wasn’t int he fashion that Facebook did. Google-parent Alphabet’s quarterly sales fell for the first time in its 16 years as a public company.

Markets were overjoyed with the numbers, brushing aside any of the concerns that came up during yesterday’s congressional hearing. Facebook stock was up 7% in after-hours as Facebook beat analyst estimates by a large margin across all fronts.

Earlier, Facebook had announced a delay in its quarterly earnings reporting, due to the over six hour long grilling that founder CEO Mark Zuckerberg had to go through at US Congress.

The electric vehicle industry has grown into a giant, led  by the…

Android users who prefer to use Apple Music for their musical needs,…

The OnePlus Nord 2 5G, the latest offering of phone-maker OnePlus in…